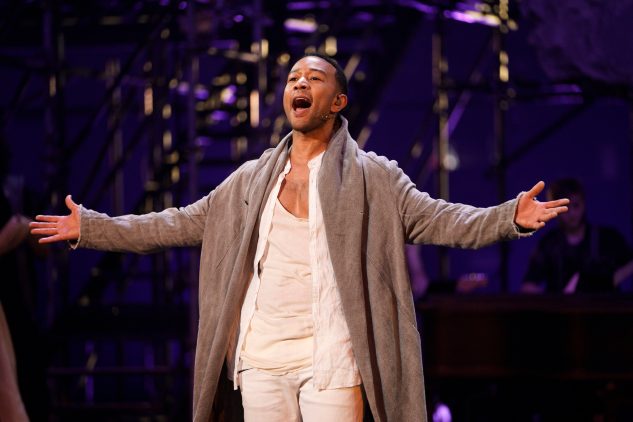 Not many people know this about me, but I’m a big time Andrew Lloyd Webber guy. Huge, in fact. My mom had a bunch of ALW soundtracks we would put on for long car rides (remember when there was no satellite radio or Spotify or iTunes and you had to use CDs? Yuck) that I listened to roughly 10,000 times. Some of the songs are ingrained in my DNA at this point. I know all you Theatre Heads out there are calling me basic and plebeian and all sorts of nasty stuff because I like the Broadway equivalent of Top 40 pop music, but you can all go to hell. Yes, I enjoy Mr. Mistoffelees more than some highfalutin B.S. like My Fair Lady or something. So sue me.

Anyway, yeah, big ALW guy, so you knew I was tuning in to Jesus Christ Superstar Live on NBC last night. It was the first major event I watched via PlayStation Vue (no more cable for me!), which was exciting. It also kind of made me feel a little holier after I “forgot” to go to church for Easter (although I was wearing a Jon Snow t-shirt all day so I was supporting the cause). Folks, let me tell you: I was not disappointed. Usually these “live” (I still refuse to believe it’s really live) musicals they show on TV are absolutely trash, and, as such, I never watch them, but when I heard they were throwing up an ALW joint I was in. I’ve never actually seen JCSS (only heard the soundtrack a bunch) so I was kind of lost in the beginning, but once it got rolling it was flaming hot. Some rapid-fire thoughts since I’ve never even considered reviewing a play before so I don’t know what you’re supposed to talk about:

So, um, yeah, how about that thing that happened in the NBA, huh? Pretty crazy.