It’s finally time for one my absolute favorite weekends of the entire year: NBA All Star Weekend. And, since I’ve written more than 1,000 words about the NBA in my life, I’m bound by law to present my midseason award picks. Despite what Charles Barkley and the other members of the Today’s Basketball is Bad Cult would tell you, the game is better than ever, and it’s reflected in the competitiveness of the award races. All but one have a handful of legitimate candidates. Let’s jump right in. 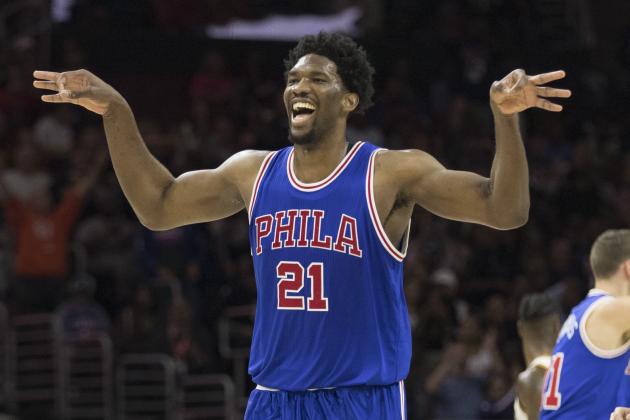 It always feels weird calling someone like Embiid or Blake Griffin rookies when they were drafted a year or two before actually playing a regular season game. Still, them’s the rules, so JoJo is a slam dunk (get it? Because I’m talking about a basketball player? Anyway…) pick to win ROY. This year’s draft class STINKS, and, however limited his injuries make him, he’s clearly the best “first year” player. He’s already putting up superstar numbers. A smooth, athletic 7 foot 22 year old who puts up 20 points, 8 rebounds, 2.5 blocks, gets 8 free throws a game, and shoots a decent 36.7% from 3? While playing only 25 minutes a game? While playing great defense (not the Hassan Whiteside™ “let me chase these 3 blocks so everyone says I’m good on D” brand of defense, either)? Please, keep telling me how the NBA was better before we had guys like this running around. 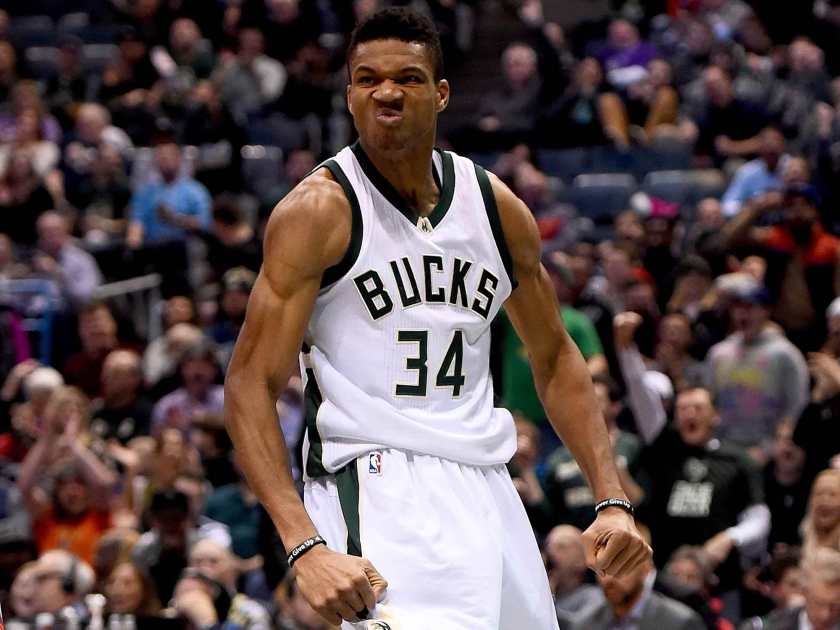 After last season’s crazy second half, everyone came into this year expecting the world of Greek Freak, and, somehow, he’s surpassed them. Every non-3-related counting stat is a career high, and the advanced numbers love him, too. His offensive rating (essentially how many points a player accounts for (through scoring and assists) per 100 possessions) is nearly 10% better than last season. Per NBA.com, he leads the league in points in the paint per game, points off turnovers per game, is fifth in fast break points, and is second in loose balls recovered per game (?). The team is kinda bad, but I hate blaming a player so young for that. They’ve had injuries, and being that this is his first season as being The Guy, the roster is still a little wacky and not really built around him. Think I’m finally ready to confirm that he is, in fact, better than Kelly Olynyk and that the Celtics may have made a mistake.

Apologies To: Nikola Jokic (I think he’s surpassed Marc Gasol as my favorite big guy to watch. This guy’s awesome and I hope the Nuggets don’t screw up his career), Zach Lavine, Jabari Parker, Harrison Barnes 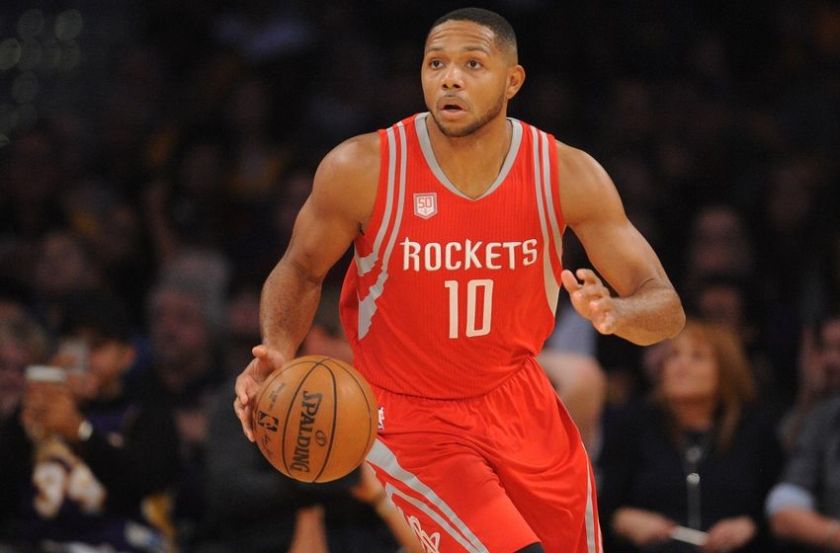 Kind of a sign of the times, but anytime someone has already broken the record for 3 pointers made by a reserve (set last season by my favorite Bosnian NBA player Mirza Teletovic) before the All Star break, I think they should have a shot to win Sixth Man. After booking a session at the Mike D’Antoni Career Rejuvenation Spa, Gordon is back to being a feared scorer after a couple of years on the scrap heap. He’s the second option on the second best offense (by both points and offensive efficiency) in the NBA. I’m sure Jamal Crawford will somehow wind up winning again, though. 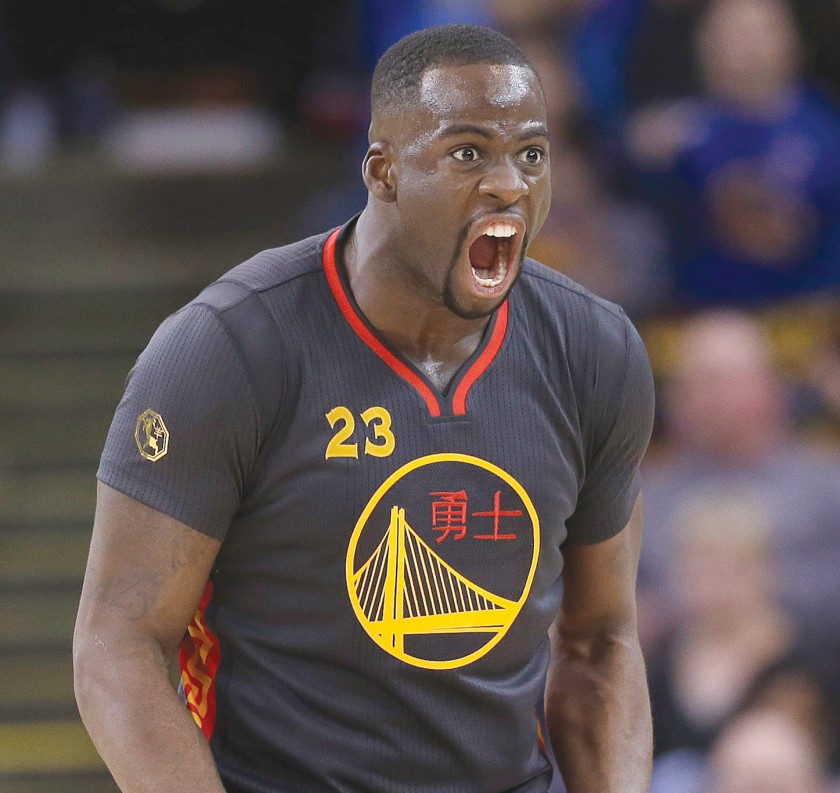 For me, this was the toughest call to make. Rudy Gobert and Kawhi Leonard could easily win this. Give me enough of whatever Doc Rivers spikes his Clippers Kool-Aid with and I’d buy into Deandre Jordan’s candidacy. Even Anthony Davis. But for me, it’s Draymond. He’s been a top 3 defender for three years now, and is the lynchpin to the league’s best (or second best. Depends on how you view Utah) defense. He holds opponents to under 40% in every area of the court besides 15-19 feet (somehow all three are allowing a higher field goal percentage at the rim than Eric Gordon and JR Smith). He just had a triple double with  10 steals. He guards every position at an elite level. He’s third in the league in Defensive Rating. He leads the league in self-created chips on his shoulder and false claims that no one believes in him. After two straight years where he could have easily won, this year he takes the crown.

No Apologies To: Hassan Whiteside (If you can’t tell, I’ll never pass up a chance to throw shade at Whiteside. He’s such a bum. He’s good at defense if being good at defense means abandoning all defensive strategy, positioning, and discipline to try and chase blocks and easy rebounds. He’s trash on offense too, but has the temerity to say Deandre Jordan can’t play offense? He stinks. He stinks and I hate him.) 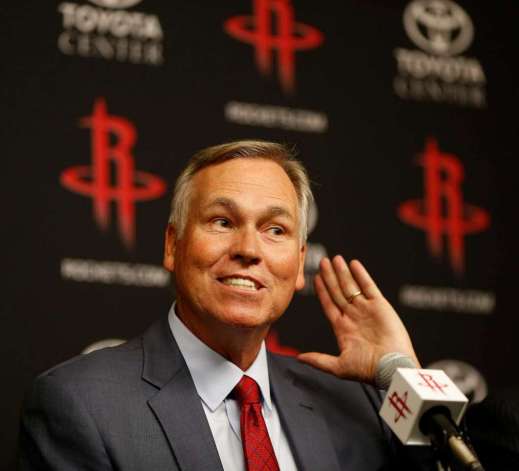 While it’s impossible to discount the positive effect not having Dwight Howard on the roster can have on a team, I still think D’Antoni deserves it. If you remember (why wouldn’t you?) my NFL Awards post, I hate when coaches take teams that sucked the year before and make them decent and get handed coach of the year. But D’Antoni has actually put in the best coaching season, and, without him, the Rockets would be nowhere near top of the West. When Daryl Morey was shaping his fantasy version of basketball by having James Harden created in a lab, D’Antoni had to have been an advisor. The fact that it took so long for Harden and D’Antoni to get paired up is a sin against basketball. His system totally unleashed Harden’s full game, and it’s propelled them to the third best record in the entire NBA. Take a look at that roster. They should be .500 at best! If there’s a way for D’Antoni and Harden to share this, they should. 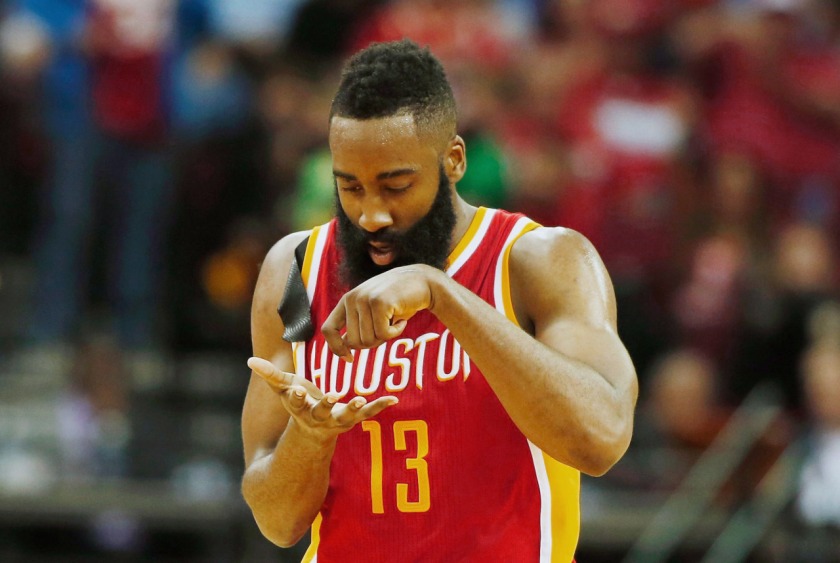 You know the candidates here. You know the stats, you know the storylines. For me, Harden is having the best season (when did I become a Rockets fan?). The stats are there: third in scoring. First in assists. First in free throw makes and attempts. Second in threes made. Averaging 8 rebounds per game, which, any other year, would lead all point guards by a wide margin (did you know Harden is tied with MJ for the 12th most triple doubles in a season in NBA history?) Sure, he turns it over a ton, but so does Westbrook. His defense isn’t very good (*Charles Barkley voice* Who plays good defense anymore? Tell me, Ernie. Who????). He’s got his team in the 3 seed in the West, and though his supporting cast is better than Westbrook’s, it’s not a huge margin. It feels so wrong not to have the guy averaging 31-10-10 as MVP, but what are you gonna do? Harden is just having a better season.

Apologies To: Russell Westbrook, LeBron James, Kevin Durant (it’d be impossible to get all of them, but imagine if, like, 3 out of the top 4 MVP candidates on the same team? How many titles would they win? Could anyone stop them?), Kawhi Leonard, Isaiah Thomas, Steph Curry, Draymond Green, Jimmy Butler, Anthony Davis,

One thought on “NBA Midseason Awards”