With the NFL regular season wrapping up last night, it’s time to hand out the end of season awards. Now, I don’t have an official vote, per se (yet), but I think I’ve got as good a handle on this season as anybody. As an unbiased, objective viewer of football, my judgement is clear and my decisions logical. For example, no Ravens won any awards because their team stinks, not because I hate them. It’s not easy being so noble. 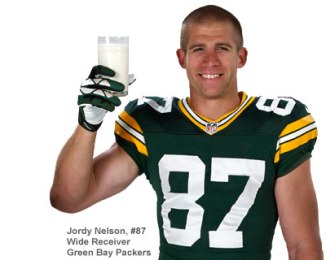 As always, there are plenty of good options for this award since, as always, a million people are coming off career threatening injuries. It’s becoming less impressive, honestly. Torn ACLs used to mean career over. Achilles injuries used to mean never walking again. Now they mean a nice vacation. So Comeback Player of the Year essentially becomes deciding which huge season by a player superhumanly recovering from devastating injury was best. This year it was between Nelson (ACL), Jimmy Graham (patella) and DeMarco Murray, who is coming off a crippling injury to his ego and reputation as being something other than a product of the Cowboys heavily (too heavily?) praised offensive line, perhaps the worst injury of all. They were all good, so I kind of flipped a coin. Leading the league in touchdown catches is good enough to win. 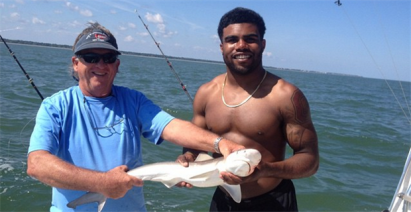 This was a stacked rookie class on offense, with breakout stars at every position. As you may have heard, the Cowboys had two such rookies in Ezekiel Elliot and Dak Prescott. With apologies to Tyreek Hill, Jack Conklin, and Michael Thomas, and despite the excessive idol worship at the altar of the Cowboys offensive line, it’s hard to take away from what these two did as the best two rookies in the league. Deciding which of the two wasn’t easy, but no one was clamoring for Alfred Morris to be the starter all season. I’ll leave it to the rational, intelligent, and reasoned people of Dallas to make my decision for me. 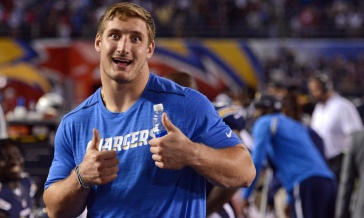 This was a two horse race between Bosa and Jalen Ramsey. Bosa only played in twelve games because of a contract dispute, placing him in alongside Eli Manning as people who refused to play for the Chargers. Lucky for the Pats, the Chargers didn’t make the playoffs so the magic that comes along with shunning the fine city of San Diego can’t effect them before the Super Bowl. When he did play, Bosa was dominant, leading all rookies in sacks and quarterback hits. Ramsey was good, but gets points deducted for playing multiple games against Brock Osweiler. 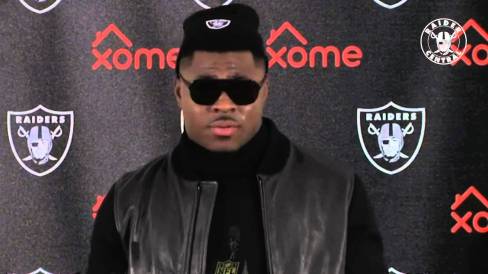 Pretty much every candidate for this award faded down the stretch. Von Miller didn’t record a sack in the last four games, while Mack only had one. Vic Beasley had a great pass rushing season, but doesn’t really do anything else. Does anyone else really want to win? Aqib Talib has been great in coverage but goes so far out of his way to show everyone how tough and crazy he is that he’s almost not worth the trouble. Richard Sherman’s weird new thing of being a high school bully who lives to embarrass people on national TV would work better if he was still the best in the league. He isn’t. The Pats’ Trey Flowers was only good for like four or five games, otherwise he’d be a shoo-in. So, in the end, I’ll go with, in my opinion, the most complete defensive player in the league outside of J.J. Watt. Mack wins.

Coach of the Year: Bill Belichick 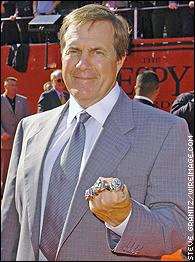 Listen, Jason Garrett is obviously going to win. If he won ten games with the Cowboys, Josef Stalin would win coach of the year. I’m sick of this going to the coach of a team that has a much better record than they were expected to have. Sure motivating a crappy team to exceed the sum of their parts is a facet of coaching. But, come on. Bill is the best in the game, has been the best in the game, and will remain the best in the game until they exorcize his ghost from the Hall of Fame. No Brady for four games. Injuries everywhere you look. Every other coach and owner hate his guts and conspires to keep him down, and he still wins 14 games. Again. It’s unreal. I feel privileged to have been around for his entire run at the top. You should, too. Even though I know you hate him. 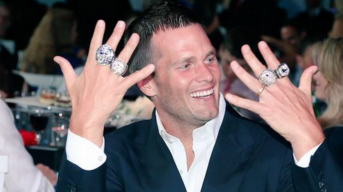 I don’t even know what the point of this award is, honestly. It’s like the Maxwell Award in college: it just feels like a consolation prize for MVP. Which is why I’m sure you’re surprised to see Tom Brady’s name here. As I said, I am an objective observer. This award and MVP is all about the four horsemen of quarterbacking. Brady, Matt Ryan, Aaron Rodgers, and Derek Carr have been battling it out all year for the top honor. I think the top two have been Brady and Ryan. Ryan, somehow quietly, has lead one of the best offenses ever, while Brady has overcome the most egregious witch hunt since the actual witch hunts to put together arguably his best season at age 39. They finished 1-2 in quarterback rating and QBR. Ryan has fought against his reputation as just another guy to show he’s still getting better. The only thing that can possibly be held against Brady is the fact that the Pats went 3-1 without him, and would have easily been 4-0 had Jimmy Garoppolo not gotten hurt. For that reason, Ryan gets MVP. This feel unfair to Rodgers, who, despite legitimate early season questions, put up yet another crazy season.