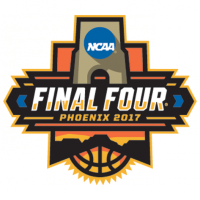 I feel like I may have said this a couple times before, but this really is my favorite time of the year. The four day stretch from Thursday at 12:15 pm to Sunday at like midnight has to be the primary reason why this planet was created. To become one with the couch, to lose track of where you end and the pizza begins, to watch so much basketball it actually deep-fries your brain (Quick Optimum update: I still don’t have CBS. And people wonder why the Knicks fail). It’s what humans were put on Earth to do, and it’s my natural element. I thrive on March Madness. I’m energized by it. The endless loop of the same five commercials becomes my lifeblood. I don’t think it’s a stretch to say that I’m my true self during the first weekend of the NCAA Tournament.

Now, March Madness presents a number of new social obligations, as well. Regardless if you’re at school, in the office, or just with your family, it’s required that you discuss the tournament ad nauseam. Mostly, that means listening to everyone you know’s bracket picks. Hey, did you know a 12 seed always beats a 5 seed? No, Scott from Accounts Payable, I didn’t. Thanks for enlightening me! An important part of these discussions is establishing dominance. That can happen one of two ways. The first is by spewing out as many tired facts and arguments (how many brackets are you allowed to have? etc.) as possible and wearing down the casual fans around you. The second is by spitting out cold, hard facts that silence the poseurs and show the world who the real expert is. Any reader of mine surely fits in to the second category, but perhaps you need a little help getting to true savant status. You can go anywhere and find all the numbers and in-depth analysis you want, but I’m going to save you a little time. Here’s every single tournament team in one sentence. You can thank me after you win your bracket pool. I only ask for 10% of the winnings (Venom me @Brian-Curran-4)