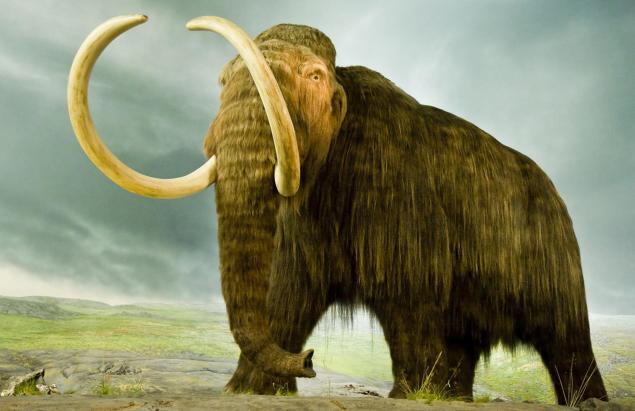 source– PayPal billionaire and Gawker war-wager Peter Thiel has invested $100,000 in a research effort to resurrect the woolly mammoth.

Thiel, who believes that viewing death as inevitable is a sign of “complacency of the western world”, gave the money to Harvard University genomics professor George Church, whose laboratory is attempting to revive the extinct pachyderm.

The donation, detailed for the first time in a new book by Ben Mezrich called Woolly: The True Story of the Quest to Revive One of History’s Most Iconic Extinct Creatures, was made in 2015.

The de-extinction approach taken by Church and his team will sound familiar to Jurassic Park fans: they are taking DNA extracted from frozen mammoths and using it to genetically modify elephant cells. So far, according to the book, the team has managed to get mammoth fur to grow from the side of a mouse grafted with some elephant cells. The results have yet to be published in any scientific papers.

I have a couple of thoughts about all of this. The chief one is that I hope this works. Wooly Mammoths are awesome and I’d love to see one in real life. Plus, it would open the door up to bringing dinosaurs back. It may sound scary to some, but I’d be all for it. If the last thing I ever saw was the gaping maw of some massive dino looking for an afternoon snack, I wouldn’t be all that upset. At my funeral everyone would just be talking about how I was eaten by a dinosaur and how it’s a badass way to go out. I’d finally have that street cred I so desperately crave.

My second thought kind of piggybacks off of that, but I hate Peter Thiel. And not for any political reason or anything like that. Politics have no place in the Brian’s Den. I’m talking about this:

It’s not entirely surprising Thiel wants to bring a mammal back from the dead. According to several interviews, Thiel sees death as a terrible inconvenience that needs disrupting.

“Almost every human being who has ever lived is dead. Solving this problem is the most natural, humane, and important thing we could possibly do,” he is quoted as saying on the website of the SENS Foundation, a charity Thiel funds that approaches aging as a disease in need of a cure.

In 2015 he continued on his warpath against human fragility.

“I’ve always had this really strong sense that death was a terrible, terrible thing,” he told the Washington Post, “Most people end up compartmentalizing, and they are in some weird mode of denial and acceptance about death, but they both have the result of making you very passive. I prefer to fight it.”

Thiel’s “fight” involves investing millions in biotechnology and artificial intelligence in what he has called “the immortality project”. His investment firm Thiel Capital has, according to Inc, expressed an interest in a company called Ambrosia, which is running a trial where individuals can pay $8,000 to receive a blood transfusion from a teenager in the hope that it will restore some youthful vigour. According to the company Thiel is not a client. Yet.

He has also signed up with cryogenics company Alcor to be deep-frozen at the time of his death in the hope that he too can be resurrected.

Say what? You want to cure death? Count me out. Who the hell wants to live forever? What would be the point of ever doing anything if death wasn’t always looming on the horizon? Not to mention the boredom. I haven’t even come close to hitting 30 yet and I’m kind of ready to start wrapping things up. This isn’t Harry Potter and the Sorcerer’s Stone, there’s no elixir of life. This cure for death doesn’t say anything about staying young, just regaining some vitality. You’d just be an old person forever. Has he even put any thought into this? Has he never seen a movie or show? How has he never once heard about the curse of immortality? This is the worst idea ever, and I’m glad he’s out on an island with this.

My last thought is that this is exactly the kind of stuff I’d do  when I’m a billionaire. Just pay anything into existence. Oh, you want wooly mammoths back? Okay. What’s that? You want a yacht that’s more valuable than most countries’ GDP? Sure thing. Want to buy an entire town and turn it into your personal playhouse? I’m in. I just wouldn’t be a pussy about like Thiel, though. Like, $100,000 dude? You’re a billionaire, that’s not gonna get it done. You think $100,000 is going to cure death? Seriously? Like, if I make multiple billions of dollars, I’d be pretty confident I could make another billion at some point. So, if I really, really, really wanted the wooly mammoth back, I’d throw a billi at it. I’d make the mammoth an offer it couldn’t refuse. It’d be left with no choice but to come back. And then, as the guy that brought wooly mammoths back, I’d just start making money with that. I’d go on tour, I’d sell shirts, I’d charge admission to the petting zoo I created in my backyard. I’d trademark the wooly mammoth so fast it would make your head spin. I don’t know why Peter Thiel is afraid of success, but I guess he’s too busy worrying about not dying.