Maybe I’m just going stir-crazy from the as-of-yet terribly boring buildup to the Super Bowl, but this weekend I was thinking about random things that annoy me and the number one culprit was the way commercials present the candy unwrapping procedure. Namely, for some unknown reason, they always show people just ripping off one end of the wrapper, with the end result looking something like this: 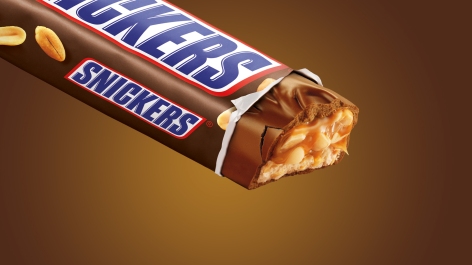 Why do they think anyone opens their candy that way? Who the hell does this? What kind of monster just tears one end of the wrapper away? Do these advertising companies have no etiquette? I mean not to pick on Snickers or anything but they’re a pretty huge culprit.

Like what even is that? What actual people open candy bars like that? Is it even possible? There’s no perforated edge or anything that makes it easy to discard the top end of the wrapper like Aaron Donald shedding a block. I don’t think the Incredible Hulk could do that if you handed him a Snickers. That’s why I had to try it myself.

As you can see, that kind of tear not only isn’t practical, it’s not even achievable with human hands. I’m sick of candy companies treating the public like a bunch of simpletons that don’t understand you can’t open candy like that. Have some respect for the consumer! Willem Dafoe can’t open it like that in real life. Betty White isn’t performing superhuman feats of strength. Every Snickers commercial should be preceded by a WWE-style “Don’t Try This At Home” PSA to prevent people from blowing their elbows and shoulders out trying to look cool in front of their friends. Of all the stupid marketing ploys in the food industry, the top-of-the-wrapper rip might be the most asinine and unrealistic.