It’s tradition that after every NFL season, independent bloggers all across the country (and I guess some in other countries, but why on earth would you ever want to care about football if you don’t live in America?) submit their own incredibly valued thoughts on who should win the various awards. The rules of casually writing about sports dictate that I make my picks before the NFL Awards Show on Saturday night lest I risk expulsion from this powerful, rich, and diverse community, so my hands are tied. I’ve got no choice but to post this. I was going to wait until Friday, but this Super Bowl buildup has been so boring I just decided to do it today. I suppose boring is better than another fabricated cheating scandal the league creates for the sole purpose of taking away Patriots draft picks and ruining their reputation (please keep telling me the NFL is rigging games for them, pleeeeeeeeeeeasssssee keep telling me that), but it’s still been boring as hell. There hasn’t even been any minor trash talk. I’m almost wishing the Pats had lost so Jalen Ramsey could provide some entertainment. Guess I’ll have to make my own entertainment by handing out the Brian’s Den NFL Awards.

I always hate when leagues postpone the awards so long after the regular season ends. I’ve pretty much already forgotten everything that happened this season already! Did anyone but the Pats and Eagles actually play a game? I assume the Browns were terrible, but that could be any year. Stop trying to make sports award shows a thing and just hand them out before the Wild Card round so we can be done with them. Forcing me to watch (just kidding, I won’t watch. Probably) another long, terrible awards show just to find out Aaron Donald is good is cruel and unusual punishment. Anyway, since I don’t remember this season anymore, this is all just straight from the gut. Luckily, my gut is never wrong.

Kareem Hunt is also an acceptable answer, seeing as how leading the league in rushing as a rookie is typically considered to be a good thing, but, factoring in kick return yardage, Kamara actually had more all-purpose yards and more total touchdowns than Hunt. He’s also one of the rare players that actually make football fun again. He’s a freak athlete that can take it to the house in literally any situation, and, seeing as how he had over 100 fewer touches than Hunt, I’d be willing to bet Kamara will be the one we still talk about five years from now. Kamara had a special, special season and is one of the reasons Drew Brees fought off Father Time for another year.

Decent draft for the Saints I guess. This is honestly the only award with more than one legitimate candidate, and if you ask me tomorrow I’ll say there’s no question Tre’Davious White is the clear DROY. Cornerback play is so difficult to judge, and the fact that two rookies consistently ranked in the top five on PFF’s positional rankings all year tells you all you need to know. Lattimore gets the edge because, without actually doing any research (what, you think I’m a professional or something?), I’m going to say he had to face a tougher schedule of wide receivers. And he plays for a real franchise.

There’s no one that disagrees with this, right?

I’ve always been a Keenan Allen guy, so I was quite happy to see him stay healthy for a full season for once. The guy’s just money. He’s always had the talent and is always productive when he’s actually healthy, he’s just had the worst luck of all time. People forget how good he really is (I know everyone knows he’s good, it’s called building a straw man to prove a point. Read a book about sports debating one time). And now you can’t call me a homer because I could have easily just picked Gronk. 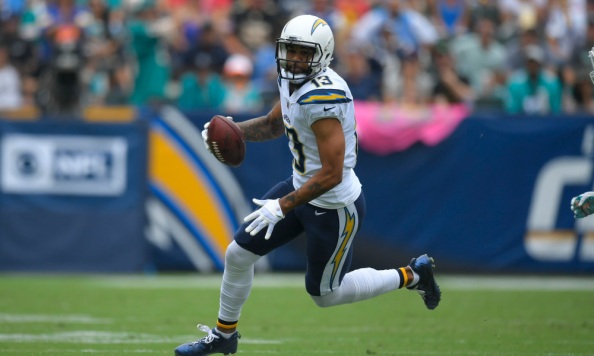 You can keep your Harrison Smiths and your Calais Campbells, I’ll take one of the five greatest defensive players of all time who may or may not have reached his prime yet. 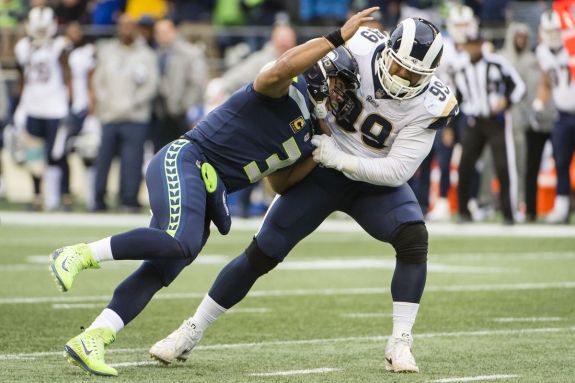 It always felt asinine to me when different people won MVP and offensive player of the year. With the notable exceptions of Alan Page, Lawrence Taylor, and Mark Mosely, every MVP has played offense. So how can someone be recognized as being the best and most valuable player in the league but not be the best offensive player in the league? How does that make sense? Trick question- it doesn’t. So, assuming my pick plays offense, my MVP and OPOY will be the same person. I love Aaron Donald. As I said, he’s one of the five greatest defensive players ever. He’s not MVP. So that leaves the offensive frontrunners, so let’s go process of elimination. Antonio Brown is the best receiver in the league by a wide margin. You put him on the Browns and they still win precisely 0 games. Todd Gurley is a special player who had an awesome season. If you think he’s more valuable to his team than the top QBs you’re an idiot. Quarterback is the most important position in the NFL, and probably all of sports. Period. A great QB is worth more than virtually the entire rest of the roster put together. Yes, going from Jeff Fisher to McVay was a massive coaching upgrade that helped every offensive player, but do you think it was a coincidence that Gurley was terrible last year and good this year, mirroring the development of quarterback Jared Goff? I think not. A quarterback should pretty much always win MVP, regardless of how much you dislike him. So, all that remains are Tom Brady and Carson Wentz, who, despite missing the last three and a half games of the season, is still generating MVP buzz and was talked about as a lock before the injury. I know the playoffs shouldn’t factor in and that the voting already happened, but holding the awards after the playoffs happen mean that, you know, everyone sees the playoffs, so they factor in. And it completely locks up both awards for Brady. Down 10 in the fourth quarter against the best defense in the league without Gronk, Edelman, or any semblance of a run game, Tom Brady singlehandedly beat the Jaguars. It was literally 100% Brady. The Eagles completely dominated the second best team in the NFC without the supposed league MVP. Nick Foles played one of the great games by a quarterback this season. You know how many people can do Brady’s job? At age 40? You know how many other QBs would have won last Sunday under those circumstances? None. Zero. Not one other player in the NFL can do what Brady does. Apparently just about anyone can do enough of what Carson Wentz does to win games by a million. And people are asking who’s more valuable? I get people hate him and are upset that he’s still the best player in the league, but Brady is still the best player in the league. And because everyone’s got such an axe to grind with the Pats, he’s got two MVPs. Think about that. The best quarterback of all time, on the precipice of a completely unprecedented sixth Super Bowl win, has won two MVPs. We should be embarrassed at that. The country as a whole is so bitter and so desperate to get the Pats out of the way that we let Matt Ryan win an MVP. We let Peyton Manning win a thousand MVPs before losing in the first round every year. We give Aaron Rodgers MVP love like it’s going out of style, and the only team that he ever did anything with was probably his worst. Tom Brady has failed to win ten games in a season twice in his career, the most recent time happening in 2008. When he threw 11 passes before blowing out his knee. He’s missed the playoffs one time in a year where he started every game. One. Time. He’s top five in every meaningful passing stat. He’s arguably the most clutch athlete to ever live. He’s never had anything resembling a disappointing season and is always the best player on the best team. And he has two MVP awards because everyone is jealous of the fact that the Patriots have figured out a way to stay excellent in an era meant to prevent such dynasties from forming. Think about that for a second. You, yes, you reading this right now, have let your blind, irrational rage prevent you from enjoying a remarkable career that will certainly never happen again. You let your ravenous desire for new blood in the AFC control your mind, and now you believe that a league that lead one of the most egregious witch hunts in the history of mankind against a shining example of integrity, perseverance, competitiveness, and work ethic is now rigging games to have that same man succeed. Think about the fact that, after Sunday, Tom Brady will have played in the Super Bowl more often than Drew Brees has made the playoffs. Think about the fact that the greatest player in NFL history has two MVPs. I hope you’re ashamed of yourself. Because I certainly am.