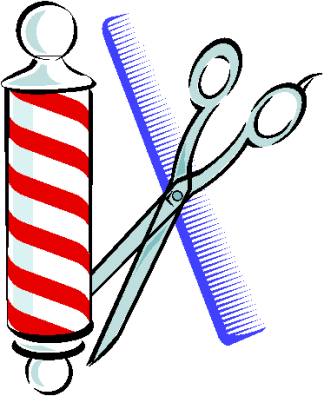 I need a haircut. It’s not a desperate need just yet, but I could go for a trim. The only problem is, I think the guy I’ve been going to moved. Last time he was there he was telling everyone who would listen about how he was going away and was saying goodbye to all the regulars. I didn’t ask where he was going or further the conversation in any way because I lack social skills, so I was hoping someone else would do it for me. No one did, so I’m left wondering if I’m out of a barber or not. And if I am, I don’t really know what my next move is.

The bond between a man and his barber is a sacred one. When you find someone you like, you pretty much remove a variable from your life. It’s something you don’t have to think about anymore. It’s why you see guys that have been going to the same shop for 50 years or whatever. When you need a haircut it’s “better go see my guy,” not “what am I going to do?” which is where I might be.

You can’t just replace a barber all willy-nilly. You have to consider all the all the different things at play. Sure, there’s other guys that work at his shop that I could go to. But I’ve been going there for a year and only gone to him, passing on the opportunity to go to another person multiple times. I doubt they’ll be thrilled to be my backup option after I spurned them for so long. I don’t think I can ever go back there. Luckily, there’s no shortage of barber shops around here. New York City has an India-level barber population density, and even an hour outside the city where I live has some excess barbers who didn’t want to join the flooded market of NYC. The only problem is, white people like me don’t necessarily “fit in” at every barber shop. I don’t want to walk in to every place I find, look around for a second, then slowly walk back out as everyone inside looks at me like I have three heads. And half of the ones that are for us are run by old guys who have been doing it for 70 years and at this point give everyone the same haircut regardless of what you ask for. There’s a small middle ground, but it’s tough to find. I had it with my last guy, but I don’ know if I’ll be able to find it again. I’m sure it would be a lovely experience, but I’m not sure if I could pull off a full salon. Most of them say they take men and women, but let’s be real. Plus, I’m out on any place where I need an appointment. And I don’t care how good the MVP Treatment is, I’m not going to lower myself to Sport Clips (or SuperCuts, or Cost Cutters, or whatever). I just don’t know where to turn.

I think I might have to take my chances with a random barber shop. I just need to walk in and act like I belong, no matter what it’s like in there. I’ve always wanted to go to a black barber shop, I’ve just never had the opportunity/balls to do it. If I unwittingly walk into one, I’ll just keep saying how much I love Man on Fire and try to talk basketball to endear myself early. Or if it’s an old guy’s shop I’ll talk about how much I love Italian food because 90% of old barbers came straight off the boat from Italy. Or maybe my barber was just going on vacation and acted like he was moving because he’s Albanian and English isn’t his first language. And I haven’t even talked about the differences in quality you can find. No matter what I do, odds are it’s coming down to a coin toss on if it’ll work out or not. Next time you see me I’ll either look like a movie star or a homeless person. Sure hope luck is on my side.

2 thoughts on “I’m Pretty Sure my Barber Moved, so Now What Do I Do?”