It’s the All Star Break for a major sport, which means it’s time to give out the Official Brian’s Den Mid-Season Awards. This is the MLB edition, and, though I was tempted to throw this into the next edition of MLB Thoughts, I figured this needed a full breakdown. Luckily for me and the Brian’s Den Research Department (also me), most of these are pretty clear cut. Got to start with the two easiest calls on the board.

Come on, I’m not that much of a homer.

I mean, he’s second in the National League in homers and didn’t play the first month of the season. You do the math. I know I’m an established Rockies guy and am discounting Kyle Freeland a bit, but home runs excite me. Deal with it. 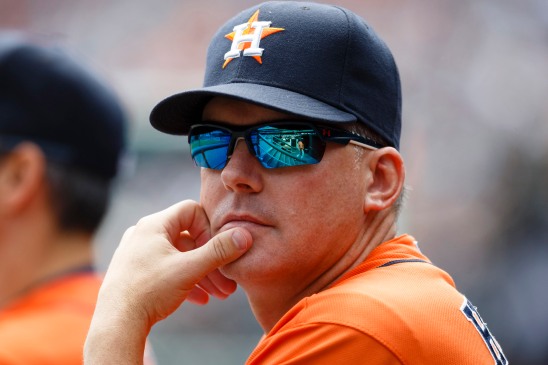 I always find it a little hard to judge managers. There’s some that are clearly good and know what they’re doing and some that are clearly clueless (*cough* John Farrell *cough*), but the rest are all kind of there. I still don’t know how much a manager can really impact a team over the entire season. So I thank my lucky stars when one of the managers who is clearly good is leading the best team in the league, because that makes this a lot easier.

Apologies to: No one 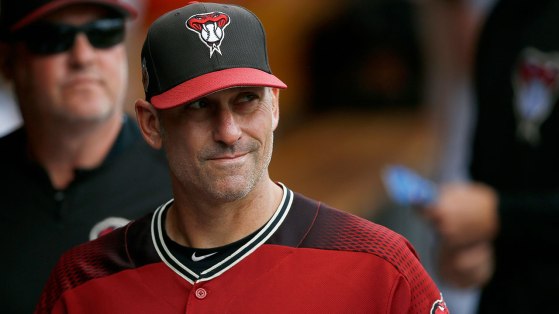 Oh, look, a clearly good manager who used to be with the Red Sox. Weird. If only they could have, I don’t know, ditched Farrell and just gone with Lovullo. Wishful thinking, I guess. Lovullo’s turned last year’s biggest disappointment into this year’s biggest surprise. He’s got the D’Backs solidly in the first Wild Card spot with mostly the same roster. Bud Black gets strong consideration, and probably would have won if Lovullo hadn’t been right under the Red Sox nose for years, for taking a bunch of rookies and making a serviceable rotation in Coors Field.

He leads the majors in strikeouts and fielding independent pitching. He leads the American League in innings pitched, strikeout to walk ratio, opponents’ OPS against, and WHIP, and is third in the AL in ERA+. He’s the best big-time Red Sox acquisition since    Manny Ramirez. He’s been the best pitcher in the American League, and is certainly helped by Dallas Keuchel and Corey Kluber missing significant time. If you think Jason Vargas deserves Cy Young, you’ve probably never left the state of Missouri.

Put it this way- Clayton Kershaw is having a typical Kershaw season: 2.18 ERA, 159 strikeouts and 22 walks in 132 innings, 189 ERA+, 14 wins. And he’s still clearly the second best pitcher in the league. Scherzer has been absolutely out of his mind all year. Leads all pitchers in WAR. Has one fewer strikeout than Sale. He’s allowing 5.12 hits per 9 this year, which would be the best ever. Like, in the 500 year history of the MLB. He’s got a 208 ERA+, which would only be the fourth 200 ERA+ season in the last ten years. He’s a maniac competitor and he never misses games, and, right now, he’s the best in the business.

There’s really no one else it could be. In the absence of Mike Trout, Judge leads the league in pretty much every player value stat. He leads the league in homers, on base percentage, slugging percentage (and, naturally, OPS), and OPS+. He’s second in the majors in runs and third in the AL in average. Literally the only thing you can say negatively is that he strikes out a lot, but that clearly hasn’t had too much of a negative impact on his performance. I won’t guarantee he’ll win the award at season’s end just yet, since Trout is coming back, and, if he continues the ridiculous pace he had going before the injury and Judge hits anything like a rookie wall, the race might be back on.

There’s four or five legitimate candidates for this. You could go with the aforementioned Scherzer, the best pitcher in the league. You could go with Justin Turner, the NL’s leader in batting average and on base percentage who continues to get better with age. But, he’s missed 25 games. You could go with Nolan Arenado, the game’s best defensive player who’s having another great season at the plate. You could go Joey Votto, long the league’s most misunderstood superstar, who’s finally answering his critics by adding a ton of home runs and RBI to his typical .315/.427/.631 slash line. But I’m going with Paul Goldschmidt. He leads NL position players in WAR and runs scored, has an elite .312/.428/.577 slash line, plays gold glove defense, and leads all first basemen in stolen bases. I don’t really like using a team’s record to look at MVP, since in baseball you can have the greatest season of all time and still be stuck on the worst team in the league (i.e., Trout/ A-Rod with the Rangers). But, considering how disappointing the Diamondbacks were last year and how they’ve turned it around this year, I’m going to use that as just a small bit of a tiebreaker here. Goldschmidt’s been one of the best players in the league for years now, and it’s time he got the recognition he deserved.