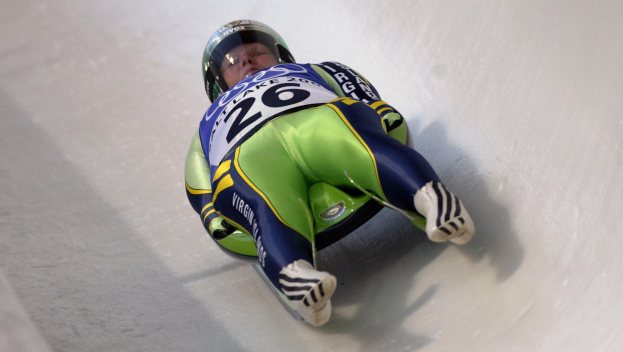 It’s time for everyone’s favorite segment- non-athlete says he could be an Olympian if he wanted to! I know, I know, I usually hate it, too. Like, no, random guy on the couch, you couldn’t roll out of bed and be an Olympic archer (to complete the Olympic debate cycle, yes, LeBron could have been the best handball player ever if he wanted to. But he didn’t, so who cares?). I understand the temptation, though. I even fall into the trap sometimes myself. At least half of Olympic events are weird, obscure curiosities that people only turn to when they’re not good enough to play real sports anymore. I know for a fact I could post up whoever the ski jump champion is. I know if I had the stamina I could dominate biathalon because all those guys are so mentally weak. They miss their first shot and they completely fall apart. I’d win on composure alone. But then I realize that, of course, I would never do these events because they take decades of training and dedication to physical fitness that I just have no interest in. But you’re telling me I couldn’t show up to the U.S. Olympic training facility and start putting up good enough times to make the luge team in 2022?

All these sledding events have to take the least skill of any event. I don’t have the guts to go down headfirst, so skeleton’s out, and I’d just turn into the Isaiah Thomas of bobsled and blame everyone else when we lose, but luge has to be easy. It has to be. Like, how do you even become good at luge? I assume there’s a way to control the sled, but how long could that take to master? Oh, here’s a turn, better turn. Boom, just mastered luge strategy. And all these Olympic guys are skinny and fit, but have they ever heard of something called momentum? Get a fat guy on the sled and it’ll be tough to top that kind of speed once you get going. I figure it would take me five runs to become world class. Two to get used to the speed, two to learn the controls, and one to put it all together. It’d be that simple. All the luging purists will come out and talk about the subtle skills and various intricacies that make the best lugers, and I just know that’s not true. I just Googled how to be good at luge and the first result was a PDF that said the three things you need are flexibility, the ability to relax, and feel. As a follower of the TB12 method, I’m as pliable as they come. Relaxation is my number one skill. You could even say I relax too much. And feel is just a BS intangible they made up to make it sound like not everyone could be good at luge. I’ve gone sledding before, I think I’ve got the gist of luge. I almost want to drop everything and find a luge track right now just to prove I could do it. If I luged every day for the next four years I might be the greatest of all time. Literally the only thing standing in between me and Olympic glory is getting up the motivation to actually do it. Which is usually enough to keep it out of my reach.