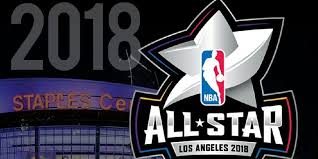 Nothing quite like NBA All-Star Weekend. I’m pretty sure I went into this last year, but it’s pretty much always been a huge part of my life, and Saturday Night is the crown jewel. Watching the random specials on TNT starting at like 5 pm bleeding into the actual show at 8 is a time honored tradition in the Brian’s Den. Unfortunately, my All-Star Weekend viewership is taking a bit of a hit this year. For the first time since like, 2005 I had to miss the Celebrity Game (without Tom Cavanagh there’s nothing to miss) and most of the Rising Stars. I’m seeing Black Panther tomorrow, which may turn into an all day affair if the crowds are still absurd. But I’ll always make time for All-Star Saturday. This is a challenging time in my life (nothing bad. Quite the opposite, in fact. I’ll get to it later) and I feel great having the Dunk Contest be my rock in the storm. Anyway, I’m never too busy to lend my prognosticating skills to All-Star Saturday, so let’s dive right in.

Love me a good corporate sponsorship, especially one with a company as forward thinking as Taco Bell. I may just go out and get some Nacho Fries before the event kicks off. Taco Bell, Live Mas. As far as the actual event goes, got to go Horford, here. Why? Because I’m a Celtics fan, that’s why!

I’m old enough to remember when this was the Foot Locker Three-Point Contest. Smh these millennials don’t know how good they have it. This feels like a weak field, even though it’s really not. Probably because Steph Curry isn’t here and Wayne Ellington and Tobias Harris are. Oh, well. Although I’m a big Dunk Contest stan, the three-point is more consistently entertaining. A bad three-point is infinitely better than a bad dunk contest. So, I’m sure this will wind up being pretty good, especially if Klay gets it going. Which he will.

I’m also old enough to remember when it was the Sprite Slam Dunk. R.I.P. old corporate sponsorships. Gone, but not forgotten. Apropos of nothing besides dreams of past Sprite Slam Dunks, the 2005 Dunk Contest might be the most underrated ever, both because of Josh Smith’s seemingly forgotten brilliance and the most “I wish Twitter was around for this” moment of my lifetime, Chris Andersen’s never-ending barrage of misses:

How about Magic declaring the Dunk Contest Back way back in 2005! Crazy that it’s been Back so many times since then. I’m actually pretty hyped for this year’s contest. Lot of freaky athletes here. I think any of the four could win (that’s what you call #analysis) but I’m going Dennis Smith, Jr. because I think he can jump the highest (more #analysis). Has there ever been a Dunk Contest with two juniors?