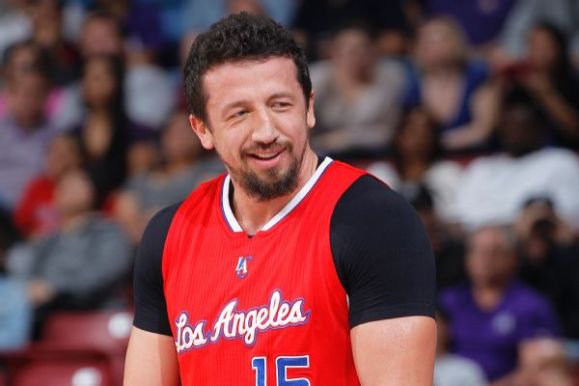 source– Former NBA player Hedo Turkoglu, now a chief adviser to the president of Turkey, says comments by Enes Kanter about the country are nothing more than an ongoing “political smear campaign” by the New York Knicks center.

Kanter earlier this week said he would not travel with the Knicks to London for a game against the Washington Wizards on Jan. 17 because he fears for his life because of his ongoing clash with Turkish president Recep Tayyip Erdogan.

A Knicks team official said Kanter won’t travel because of a visa issue, but Kanter, who has been an outspoken critic of the Turkish government and Erdogan, said he did not feel safe making the trip because “there’s a chance that I can get killed out there.”

“We know that [Kanter] has not been able to travel to many countries due to visa issues since 2017,” Turkoglu said in a statement posted to Twitter on Monday. “In other words, Kanter can’t enter the UK not because of fears for life as he claims but due to passport and visa issues. This being the long-known truth, he is trying to get the limelight with irrational justifications and political remarks.

“Such remarks constitute another example of the political smear campaign Kanter has been conducting against Turkey as well as his efforts to attribute importance to himself by covering up the contradictions in his sports career. … It is obvious that this person’s remarks are irrational and distort the truth.”

Kanter reportedly was indicted by the Istanbul Cyber Crimes Investigation Bureau last year because of “hurtful and humiliating” comments made about Turkoglu, the president of the Turkish Basketball Federation, on social media.

According to a report by The New York Times, Erdogan has jailed, fired or suspended tens of thousands of people accused of plotting a failed coup. In December 2017, Turkey’s state-run news agency, Anadolu Agency, reported that prosecutors were seeking more than four years in prison for Kanter on charges of insulting Erdogan in a series of tweets he posted in 2016.

Alright, I’m not going to add too much to this because, surprisingly, I’m not too well versed in Turkish politics. All I know is that Erdogan is, umm, not a great guy and that Enes hates him and has reason to believe he’ll be in danger if he leaves the country. Considering what happened to that Saudi journalist a few months ago (different situation, I know, but the point remains) and this statement Hedo put out, I’d be inclined to believe him. I mean, read that again. It’s pretty much the Goodfellas dress scene:

“No, Enes definitely isn’t in danger if he went to London. Especially not if he stayed at the Hilton Garden Inn London Heathrow Airport at Eastern Perimeter Rd, Longford, Hounslow TW6 2SQ, UK. Then he’d be real safe.”

Anyway, I just wanted to talk about how preposterous it is that Hedo Turkoglu has someone become the like, third most powerful person in Turkey. How did this happen? Did Erdogan need a point forward for his Dictator Basketball League team? Needed someone to take over in Hedo Time?

Maybe he’s just a fan of frosted tips. Regardless of why it happened, Hedo is suddenly the Jafar of Turkey. What are his plans? Sure, he’s playing his part as the hapless sycophant mouthpiece, but is Hedo really pulling the strings? I’m not ready to rule it out. This is a guy that made the Finals with Dwight Howard, he knows how to handle difficult personalities and overcome adversity. He’s probably making connections with world leaders and building an underground army of followers. He’s got the physical intimidation and the basketball IQ. He’ll keep Erdogan happy until it’s time for his power play, where he’ll seize total control of the entire country. After that? I’m not at liberty to guess.

In the early days of the Brian’s Den, I exposed the NBA’s dastardly organized crime syndicate to the world. Turns out I left someone out. Hedo undoubtedly had his hands in the Drazen’s Head cookie jar. He has the connection to Vlade and Peja and clearly has the ambition. His shadow influence over the family could prove vital when the time comes. I don’t know a lot of things when it comes to politics. One thing I do know is that I don’t want to be the guy to overlook Hedo Turkoglu. I’ve seen too many game winners for that.