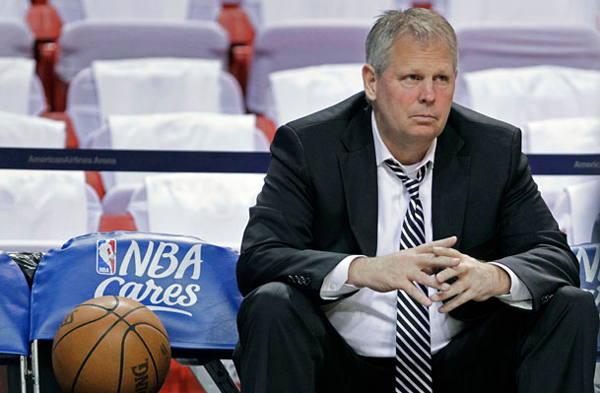 Unbelievable. That’s really all I have to say. Unbelievable. In the back of my head, I knew this would happen, but my heart wanted to believe. I wanted to live in a world where the years of planning and trading and positioning and rumors would finally lead to something. A tangible result. A sign that, yeah, there’s a clear direction here and everyone knows what they’re doing. But now? I don’t really know anymore.

You’re going to tell me that all you got for the number one pick was a swap this year and a pick next year that they can only get if it falls between 2 and 5? Seriously? One additional draft pick? For the number one pick? And to a team in your own division? The Sixers were demanding Brooklyn picks, Avery Bradley, Marcus Smart, Isaiah Thomas, Kevin McHale’s retired jersey, and a lifetime of free meals from Union Oyster House for Nerlens Noel last year. And you give them the number one pick for pretty much nothing? Now, this trade technically won’t be official until tomorrow, so I’m hoping there’s more to it. But if it’s just for next year’s pick/2019’s pick? Then what was the point?

Now, maybe they just needed to get another top pick in order to make the long sought after big trade and still have something for the future. But if that player is Jimmy Butler or, God forbid, one season of Paul George I’ll lose my mind. I’m in Denver now, maybe I’ll just become a Nuggets fan. Or just go full heel and jump on the Warriors. JIMMY BUTLER, AL HORFORD, AND ISAIAH THOMAS AREN’T ENOUGH TO WIN A CHAMPIONSHIP. I’m just assuming Danny Ainge knows that, too. Celtics trade rumors are literally never true. This trade pretty much came out of nowhere. Maybe Ainge has something unexpected in the works. Or, maybe he doesn’t. Then, I ask again, what was the point?

Perhaps the most logical explanation is that they just didn’t think Markelle Fultz was The Guy. I did, but I’m just some schmo. If they didn’t think Fultz was their man, and knew the Lakers would get suckered into taking Lonzo Ball, moving down to three to get the guy they actually want makes some sense. It’s also going to free up some cap space in case they wanted to make any big signings in the offseason. In the immediate aftermath of the trade, all the pundits were saying Josh Jackson was going to be the pick. But why, though? He’s an athletic wing and tough defender who competes hard on both ends despite a less-than-refined skill set. So, Jae Crowder? Celtics already have that, and they have it for cheap. Unless they just want to flip Crowder for something to get a younger version with more upside, I don’t really see why they would take him. And, assuming the fact that they already have a million guards factored in to the decision to trade the number one pick, I’m hoping and praying that means Lonzo Ball is out of the question, too. Not because of his dad or anything. I just don’t think he’s going to be all that good. That pretty much leaves Jayson Tatum as the logical pick, which I’d be fine with, even with the annoying y in the middle of his name. He reminds me a lot of young Carmelo Anthony. He’s a smooth, if un-explosive, athlete with great size, a very advanced offensive game, and has some good defensive potential. I think he’d fit perfectly at the Celtics’ barren power forward position. He won’t be there defensively in the first few years (what young player is?), but he’ll be able to score right away. After watching some highlights, I’m all in on him now. Give me Tatum, don’t give me Jimmy Butler. Of course, all of this means the Celtics will take Luke Kennard number three and I’m going to want to run into oncoming traffic.