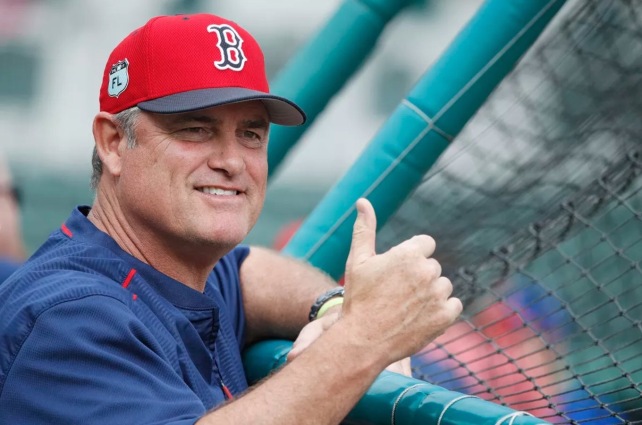 Red Sox lost. A Gentleman’s Sweep, 3-1. I don’t know if you can still have a Gentleman’s Sweep in a five game series, but whatever. They looked listless and lifeless in the first two games, came roaring back in game 3 after David Price made the Astros call him daddy, then blew it in game 4 thanks to the worst managerial staff of all time. John Farrell is the biggest idiot of all time. A true buffoon. A moron of the highest order. I’m not sure he actually understands the game of baseball at a little league level. He needs to be fired ASAP. He needs to be fired before I finish writing this. He needs to be fired before he can infect Giancarlo Stanton (who the Sox are sure to give up everyone they’ve ever scouted for, can’t wait) or J.D. Martinez (who will cost $800 million, but, hey, it’s not my money) with whatever disease he infested this team with. The main symptoms are apathy and terrible baserunning decisions, and everyone on the 2017 Red Sox caught the bug.

I’m just so sick of Farrell. He cost them this series almost singlehandedly. He cost them last season’s playoffs. He’s cost them countless games through the years. This series was the perfect microcosm of his foolishness: Don’t start Hanley in game one; instead start Nunez who couldn’t even walk and get surprised when he gets hurt. Don’t start Devers in game 2 even though he destroys left-handed pitching so you can start lefty specialist Chris Young, who had a .590 OPS against lefties this year. Started Doug Fister. Left his starters in way too long every game as they were getting absolutely destroyed, digging insurmountable holes. Refused to put Craig Kimbrel in the game. When he finally did  today, (I know he was ejected today, but come on. They were still his decisions) it was in the middle of the 8th, instead of the start of the inning for some reason. He left Chris Sale, who had shown the Astros the what the Face of God looks like for four innings but was clearly done, in the game to start said 8th inning, only to be surprised when he game up a tying home run. Messed with the batting order despite Xander Bogaerts finally getting his rhythm back in the leadoff spot, because…..I don’t know why. He doesn’t understand how baseball works anymore. Last season completely changed how you have to manage games. You can’t just be like “oh, he’s the starter give him time to work through it,” or “a closer is only for the ninth inning.” The best pitchers have to pitch in the biggest innings, and, newsflash, that’s pretty much always the first, when, you know, their best players hit. There can’t be any kind of leash in the postseason. If someone allows the first three guys to get on, take him out. It’s not rocket science. I wouldn’t have hated it if Kimbrel started every game. At least they wouldn’t have been down a million to nothing. Whatever. This team was cursed the second they let Pablo Sandoval into the locker room. A full season without that fat piece of shit will be exactly that the doctor ordered.

Now that the Sox are out, I’m really only rooting against the Yankees. I’d pretty much be fine with anyone else winning, but I’d prefer the Indians (Francona), Astros (fellow UConn alum George Springer), or Diamondbacks (former Red Sox manager-to-be Torey Lovullo and future Red Sox J.D. Martinez and Paul Goldschmidt). Just not the Yankees. I really don’t want to have to deal with that this year.