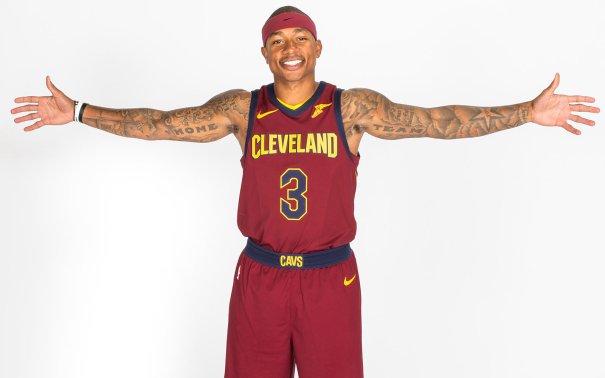 source– “I might not ever talk to Danny again. That might not happen. I’ll talk to everybody else. But what he did, knowing everything I went through, you don’t do that, bro. That’s not right. I’m not saying eff you. But every team in this situation comes out a year or two later and says, ‘We made a mistake.’ That’s what they’ll say, too.”

There’s a lot going on in the sports world right now, and don’t worry, my thoughts on what is surely to be the official death of soccer are forthcoming, but I had to address this real quick. Seriously, what on EARTH is Isaiah talking about here? Everyone knows I’m not a Danny Ainge guy. I’ve been frustrated with his reluctance to make moves and lack of transparency. This isn’t a “you’re not on the team anymore so you suck and I have to discredit everything you say” situation. This is a “why are you being such a hypocrite?” situation.

Listen, I’ll never forget what Isaiah did for the Celtics. He energized the franchise and helped make it an appealing free agent destination. He had one of the greatest single seasons of any Celtic player in my lifetime, and the things he did in the playoffs were beyond inspiration considering everything that happened to him. But the Celtics never told him they were going to sign him long term. He was super excited to test the free agent market until the Celtics decided for him. Now there’s no loyalty. He was always one of foremost “no such thing as loyalty” players, but when something didn’t go his way, time to start spouting about lack of loyalty. Makes sense! I hope by now everyone understands my stance on loyalty. It’s all nonsense and people should always do what’s best for them. I respected Isaiah because he never made any illusions about it. He wanted as much money as possible and he didn’t really care who it was from. But now he does a 180 because he got traded? Please. Just say you don’t want to play with LeBron, everyone will understand. This just feels so fabricated and forced. We’re not children. We can remember all the times you had an exact opposite viewpoint. Don’t spit on my head and tell me it’s raining.

One thought on “What the Hell is Isaiah Thomas Talking About?”