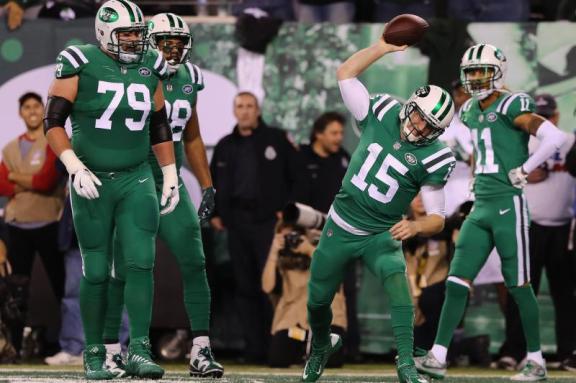 You didn’t really think the Bills were going to go 6-2, right? Like, have you followed an NFL season before? If so, you not only saw last night’s crushing loss coming, but you can also see exactly how the second half of the season is going to go for the Bills. What I don’t understand is how the media falls for it every year. Each and every year the Bills get off to a blistering start, and every year it’s “this is the year they put it together.” Newsflash- it isn’t. There’s a reason they haven’t made the playoffs since 1999. They have Loser DNA. I’ve mentioned it before, but it baffles me that more people can’t see Loser DNA right away. The Bills have more Loser DNA than regular DNA. Did people actually think the Falcons, the Atlanta Falcons, would beat the Pats? The Suns, the Sacramento Kings, the Capitals, the Jets, the Vikings, the Bengals, there are so many teams that are never good and will never be good, and people fall for them hook, line, and sinker every year. The Bills STINK. The Pats gained ground on their division on their bye week yet again, an underrated tradition during the Brady-Belichick regime. If you take the Bills seriously as a contender, you’re just a moron. Unfortunately, no fun holiday gimmick this week, just plain, boring NFL takes. Lame, I know.

T-Minus two days until the Brocket Ship lifts off, bitches! Can’t wait to watch horrendously inaccurate passes, negligible pocket awareness, and lots and lots of sacks, gonna be great. That Brock is somehow viewed as better than Trevor Siemian should be enough to force the NFL’s greatest Northwestern alum since Mike Kafka to consider retirement. Still, this is a bit of a tough game. You should never back Brock, but the Eagles have won 6 in a row. You want to talk Loser DNA, well the entire city of Philadelphia has it. Something has to go wrong, eventually. Blowing an easily winnable game against one of the best defenses in the league seems like a good place to start.

Literally the only reason this won’t just be a complete walkover is that the Rams are coming East to play a 1 p.m. game. Don’t know if you’ve ever heard that reasoning before.

No line yet after the shocking news that wunderkind quarterback Deshaun Watson blew his knee out in practice and will miss the rest of the season. Pretty big downer for those of us that love blowouts and absurd stats, because Watson vs. this Colts defense was probably going to be one of the biggest mismatches of the entire NFL season. Alas, now we get to watch Tom Savage bang his head into a wall for 60 minutes. Practice injuries always remind me of my own football career. I “played” in high school, and I put played in parentheses because I rarely saw the field. I had some talent, but rather than do things like stay in shape or practice hard, I ate McDonald’s and played video games. No, I don’t regret it. That much. So, yeah, I didn’t make the NFL, but I also didn’t blow my knee out in practice, so who’s the real winner?

I feel like I’m kind of in a rut right now where I’m just going with opposite logic. The Saints are on fire and at home. The Bucs are ice cold and have a banged up QB that might not be good when he’s healthy, anyway. So why am I considering taking the Bucs? Is it crazy? This could easily be a 35-17 drubbing. Actually, you’re right. I’m overthinking this.

This is a solemn promise: I will never pick the Falcons when they’re favored as long as Matt Ryan still draws breath in this world.

This game is going to suuuuuuuuuuck. Remind why the Titans, who currently have a -15 point differential, are favored against the Ravens, who, despite being absolutely unwatchable on offense, still have one of the stingier defenses in the league and have a history of winning games they have no business winning? Titans are bad.

I regret to report that one of the most impressive and unprecedented runs of success in history is over. For the first time all season, I failed to spell Cincinnati correctly on the first try. I don’t know what to say other than I let everybody down. To quote Clayton Kershaw, maybe one day I won’t fail. Until then, I’ll just try to get better.

It’s that time of year where Russell Wilson starts averaging 400 yards per game despite a pitiful offensive line, just in time to welcome a battered and bruised Washington team that is just dying to get blown out. Redskins don’t have a great history of going west, anyway.

Didn’t these two just play? Or do are both teams so bad they just blend together and it seems like they’re always playing each other. Unfortunately, no Jimmy G to salvage some watchability, so avoid this at all costs (my take on the trade: I think I like it. 49ers 2nd round pick is essentially a first round pick, so flipping a guy that went at the end of the 2nd round for an early 2nd rounder is a win. And, I mean, I love Jimmy, but he’s played a game and a half in three years. Does anyone actually know how good he is? He could be a star, he could be Matt Cassell. I’ll trust Bill Belichick’s judgement when it comes to personnel moves. They weren’t going to be able to resign him, so getting a great pick for him is as good of a deal as you can ask for).

I don’t understand this Zeke Elliot situation whatsoever. I don’t get why this suspension won’t stick, I don’t get why Brady couldn’t get this same deal, I don’t even remember what the suspension was for in the first place. This whole thing is just a big fiasco that’s probably never going to end. This game also might never end because no one’s going to stop anyone. This feels like a game the Cowboys win and get the “are the Cowboys Super Bowl contenders” conversation going again.

I’ve got a laundry basket full of clean clothes that I’ve been putting off folding, looks like Sunday night is a good time to do it!

Are the Lions capable of winning a game they should win on the road by more than three points? I really don’t know. They’re actually better on the road than at home, but they’re and NFC North team playing in Lambeau, which usually means a big ol’ L. I’m actually not sure if the Packers are physically capable of scoring more than 17 points, though.