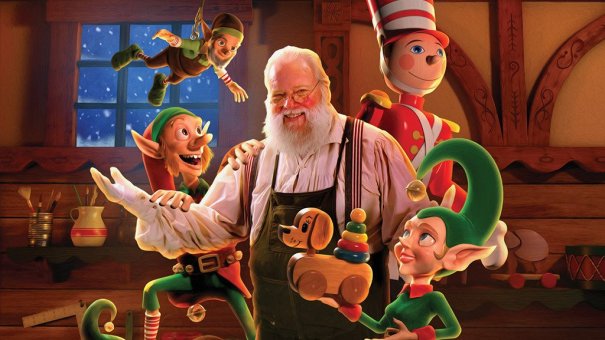 I hope this finds you well. I understand this is a busy time for you and your staff, but, assuming you’re reading this, it appears I was correct in assuming my oversized envelope labeled only with magazine cutout letters spelling “I have Mrs. Claus” caught your attention. I realize it may seem extreme, but you do what you have to to stand out. To clarify: I do not actually have Mrs. Claus, so if she is currently missing, I would appreciate being removed from the suspect list. Thank you.

Anyway, as I’m sure you know, it’s the Christmas season. And, again, as I’m sure you know, the Christmas season is all about other people to buying you things. Or something. Either way, you’re the man to turn to when it comes getting stuff you want without paying for it, so I figured I’d drop you a line. I know what you’re thinking, and yes, I have been good this year. I rounded up my change to help St. Jude’s Children’s Hospital the last time I went to the mall, I exposed a deep-seated conspiracy that goes back decades, I helped prop up the struggling hot dog industry, I saved New York City, and I recycle. Sure, I’m not perfect. I don’t always come to a complete stop at stop signs. I downloaded some music without paying for it. I speak to my family only slightly more often than Aaron Rodgers does. But I think you’ll find the good far outweighs the bad, and that I’m more than eligible for a haul of Christmas gifts. And while this is more of a guideline than a list of demands, I would prefer if you kind of stick to the script. I know it’s your workshop’s specialty and all, but I’ll be pissed if I get some crappy wooden toy. It’s 2017, the last thing in the world I need to a wood dog with wheels that I can pull around. Just give me coal instead, at least it has a practical use. Anyway, without further ado, I present my 2017 Christmas List.

Continued on next three pages. Make sure to read all of it.

Thanks in advance and Merry Christmas,