Folks…. there are only three football games left until August. I hate to be the one to break that to you, but it’s my duty to be honest with my audience. More honesty- I don’t know what to do with myself this week. This is the first time since the 2011 season the Patriots aren’t in the AFC Championship Game. How do you normals deal with this? I need the pit in my stomach. I need to feel the Sword of Damocles hanging above my head every second of the day. Instead I have to what, spend the day normally then watch two football games I’m not overly invested in? That sounds horrible. Where’s the meaning in such a thing? You’re telling me the Super Bowl will be the same way, too? And the game starts even later, so I’ll have to waste time without the anxiety? What a terrible start to 2020 this has been. Luckily, I’m 8-0 in the playoffs, which is the only thing salvaging this cursed month. No chance I don’t keep the momentum going this week. Want the most likely Super Bowl Matchup? Just keep reading to find out.

All lines from Bovada.

The Titans won back in November when they played in Smashville, and surely absolutely nothing has changed since then. That’s not actually much of a joke. Look at the box score of that game. Notice anything abnormal? Chiefs outgained them by 150+ yards and Derrick Henry DOMINATED which is… exactly what happened to the Ravens last week. And the Pats the week before. The Chiefs’ D has gone through a weird transformation this season from scapegoat to underrated to so underrated they’re overrated, but Chris Jones might not play, and if he does, he’ll be limited. He’s their best defensive lineman. It’s bad if your best defensive lineman can’t go against Derrick Henry. Just a hot take I’ve developed. If we visualize what this game will be, why can’t the Titans just grind out another crazy win? Why can’t they stiffen at just the right moments to keep their opponent from really doing what they want to do? Why can’t Tannehill avoid mistakes and ride the Henry wave again? Barring injury, Derrick Henry is going to get 35+ carries and 180+ yards. It’s just what’s going to happen. Why wouldn’t that just result in another Titans win? Why can’t Vrabel and the boys just do what they’ve done every other week and punch the Chiefs in the mouth? Because there’s another side to this equation, and what would happen if the Chiefs score 14 in the first quarter? What happens if the Titans are down two scores in the second half? Or what if the Mahomes just doesn’t feel like being stopped? I’m not sure the Titans really have a backup plan. They’ve got one way, and if it doesn’t work, uhhh… GG. I love the Titans. I love Henry and I love Mikey V. But they’re up against the most powerful man in the NFL. If it’s not perfect, they’ll get wiped out. Believe me, this isn’t what I want. 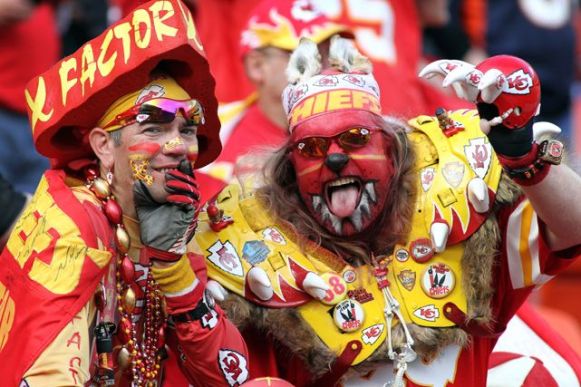 Listen, if I had my druthers, the Super Bowl would be Titans-49ers to ensure the Patriots’ legacy never dies. If the NFL had its druthers, it would surely be Chiefs-Packers to coincide with the NFL 100 celebration. It’ll be somewhere in the middle because I guarantee, I personally guarantee the Niners will win. I’m talking the biggest lock I’ve ever put out. The first-ever Brian’s Den 69th Degree Ultra-Mega Lock. Not because the Niners SMASHED the Packers the last time they played, not because the Niners are the most complete team remaining, and definitely not because the Packers haven’t played a good four quarters since 2011. It’s because, as we know, Aaron Rodgers is from Northern California. According to this handy map I have, Levi’s Stadium is also in the northern half of California. That means that not only will Aaron Rodgers be in the same state as his family, he’ll be in the same general geographic region. Theoretically, his parents could go to this game. Rodgers’ untethered rage at the mere thought of someone sharing DNA with him witnessing him play football in person will completely throw him off. Multiple picks from Rodgers, a billion yards from Kittle, and an ugly, ugly scene in Wisconsin.