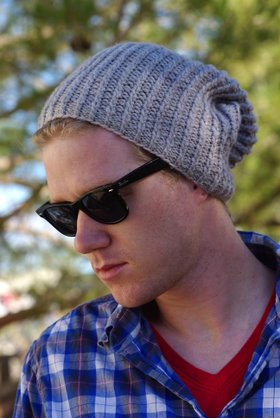 Folks, I live in Brooklyn. It’s a lovely place with tons of stuff to do. To be honest, I’m enjoying it a lot more than I thought I would when I first moved. But every stereotype you have of BK is true. Literally every single one. And I’m fine with it, for the most part. It’s good to live in a diverse area with different views and social standings. But one thing has really gotten to me and I can no longer keep quiet- the stupid knit hats hipsters wear 24/7.

Full disclosure: I’ve hated these particular hats since the moment I first saw them. Even in a random Vermont high school, these hats were a clear sign that someone thought they represented the counter-culture, even though, if you ask me, having a specific uniform to let everyone know how against the mainstream you are kind of defeats the purpose. But, like 95% of my emotions, I just bottled the hatred up and shoved it deep inside. Now that I’m exposed to them so much more frequently, though, I can’t contain my anger. These hats are the worst things ever invented and I want them eradicated from the face of the earth.

This isn’t a blanket anti-winter hat manifesto. I love winter hats (even though they mess up my hair), and knit hats are awesome. This is about a specific kind of knit hat. The kind that people wear drooping in the back. Or the kind that hipsters wear when it’s 90 degrees out, which I saw last week. The kind where, if you saw someone wearing it, you’d instantly think “wow, that guy wants everyone to know he’s a hipster.” You know the type of hat I’m talking about. 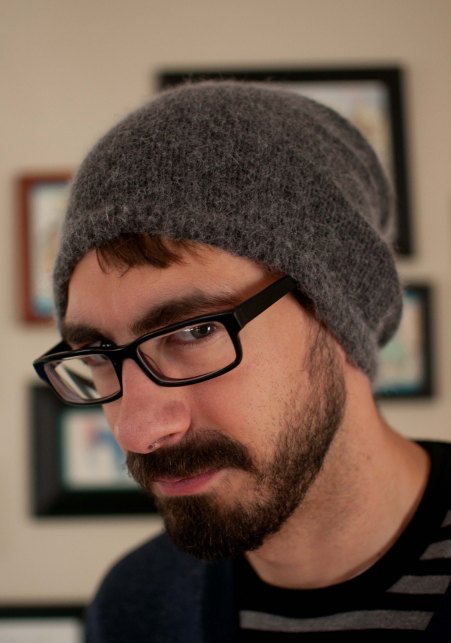 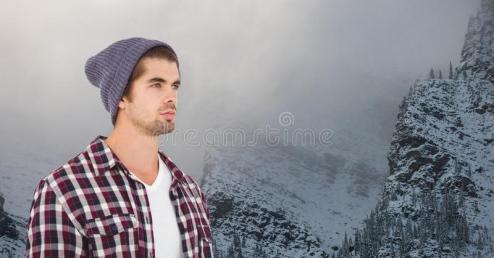 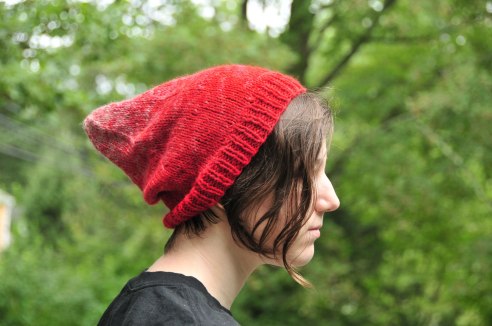 For all the bumpkins out there that don’t live in major metropolitan areas, this is what 50% of white people that live in cities wear year-round. Doesn’t matter the weather, where they’re going, what they’re doing, they’ve got a dumb looking hat on. And I just don’t get it. They aren’t fashionable. They don’t look good on people’s heads. I realize the main consumer base of these hats lives their lives ironically so they can avoid admitting to the world that they actually like and enjoy things and that they’ve never shed their adolescent lack of self-assurance and narcissistic belief that other people actually care about what they’re doing (I’m getting #triggered right now, I know), but to go so far as to staple an unflattering accessory to your head just to let people know that you think the imperial IPA from your buddy’s microbrewery is a perfect beer to sip while listening to The Decemberists’ third album (on vinyl, of course)? Why? What’s the upside? I know being hot is uncool, but how can you torture yourself by wearing a knit hat in summer? There’s no skinny white guy wearing a flannel shirt in the middle of July that isn’t a hipster, so why add the hat? Is it just because normies like me get #madonline when they see them? At least I could respect that, but it also goes back to what I hate most about hipsters in the first place. Their obsession with seeming cool and detached and aloof 100% of the time. You know who doesn’t care about whether or not people think they’re cool? People who are actually cool. I know there’s a list of, like, ten things hipsters are allowed to un-ironically like, but maybe move past that? Maybe if your friends will only like you if you wear a dumb looking hat, they aren’t really your friends and it’s time to actually have a real personality and not one that is based purely on bashing popular opinion and happiness? I realize I’m not making any sense anymore, but that’s how passionate I am about this. Get rid of hipster knit hats. Forever. It’s an epidemic that needs curing.

I propose we put a tax on knit hats. Part of the appeal of these abominations are how cheap they are. Well how about if you buy a knit hate between the months of March and November you have to pay a 1000000% sales tax? Or if you buy a knit hat you have to declare whether it’s for practical use or fashion, and if you say fashion not only are you given a huge fine, but you have to revoke your hipster membership for admitting that you care about something. It’s a win-win for everyone. Non-hipsters don’t have to deal with hipsters anymore, and hipsters get to experience life without being shackled by the heavy expectations their community places on them. I think I just solved Brooklyn. I’ll accept my award at the city’s earliest convenience.