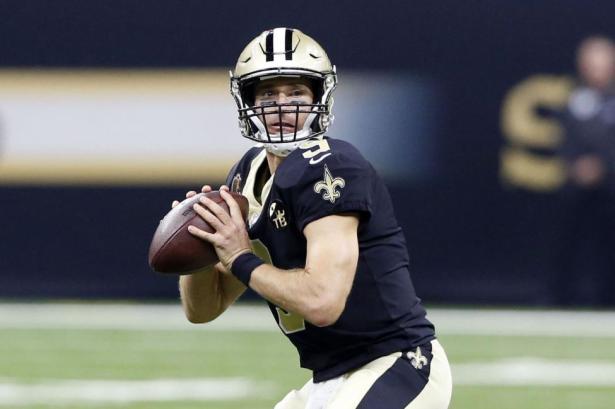 Here at the end of all things, it’s easy to forget how we got here. Easy to forget the Miami Miracles and the few weeks Khalil Mack was MVP and that the Lions actually played this season and that George Kittle quietly set the record for most receiving yards by a tight end and that the Chiefs-Rams game was supposed to be in Mexico City. It’s easy to forget that everyone (myself included) really did bury the Pats and call them done and question whether they’d even win 10 games and are now covering their tracks and calling the Patriots delusional and stupid for trying to use that narrative in their favor because the national media conversation about the Pats is primarily driven by spite, jealousy, and hatred. It’s easy to forget that the Saints were completely dominated at home by the Cowboys, whom the Rams just beat in a game whose final score belied the true margin of victory. It’s easy to forget that for all the grief the Chiefs’ defense has taken for being one of the worst in history, they’re much stouter at home and have a terrifying pass rush. It’s easy to forget that Sean McVay has spent more time in Sean McVay’s presence than anyone. All these forgotten things help paint the picture of the 2018 NFL season. They make up the background and the small details that make the piece beautiful. But the main subjects in the foreground? They’re about to be painted this weekend. This is Championship Sunday, the most important week of the season.

It’s just different in the ‘Dome. That’s what they always say, at least. And I think it’s true, at least in this case: home teams have a massive advantage in Conference Championship games (no road team has won a CCG since 2012) and this game is in the Superdome. Pound-for-pound, I think these two rosters are pretty much even. It’s just those few differences that set them apart. The Rams secondary is pretty decent, but if Marcus Peters starts covering Michael Thomas? Uh oh. Aaron Donald is the best player in the league. But if Kamara gets past him and is up against the questionable linebackers? Uh oh. I just can’t see the Rams stopping the Saints. Drew Brees appears to have escaped the weird late-season slump he was in and is back to slinging the ball around at will. Saints defense is good, too. One of the best run defenses in the league, and if they do even a slightly better job at stopping Todd Gurley and C.J. Anderson than the Cowboys did it’ll throw off the Rams’ offensive attack. Jared Goff is good. I don’t think he’s at “win the NFC Conference Championship Game singlehandedly” level yet. This has Saints written all over it, and it could get ugly.

It’s impossible for me to talk about this game without slipping into Pats Fan mode, so I’m not even going to try to avoid it. Listen, the Pats are winning this game. They just are. And they are underdogs, whether the poopy-pants talking heads and columnists want to admit it or not, and for good reason. The Chiefs were the best team all year. Best offense since the 2013 Broncos. They’ve got the league MVP, the best receiving tight end in the game, and one of the fastest players in league history. They’re at home, and we’ve already established that home teams don’t lose in the Conference Championships. But this arctic blast has to throw everything out of whack. Sure, the cataclysmic weather that was originally scheduled to hit Arrowhead likely won’t occur, but still. Gonna be freezing. Might have some snow. Might be a classic low-possession, low-margin-of-error game that the Patriots feast on. The number will always favor the Chiefs, which is why this isn’t about numbers. It’s about grit. It’s about balls. It’s about the best coach of all time and the best quarterback of all time taking the greatest franchise of all time out for one last ride. Soak it in, folks. These next three weeks could be it.