As many of you certainly know by now, we’re smack dab in the middle of Christmas SZN, which means it’s prime time for Christmas music. There’s a lot of great Christmas music out there, and, if you’re somehow new to the genre, it can be a little overwhelming. The market is pretty darn saturated (it’s still one of my biggest dreams to record a Christmas album. That’s how I’ll know I’ve made it. Just imagine the cover of Brian’s Den Home for the Holidays), and it’s very easy to go down the wrong path. Luckily, I’m a bit of a Christmas music expert, and, in the spirit of the season, I’ll gladly give my two cents on what kind of Christmas music you should be listening to. Now, you can go anywhere on the Internet and find Christmas album rankings, and all of them will have the same five ones and it’ll just be the most famous ones and all that. But here’s a little tip you can only get here: Kelly Clarkson’s Wrapped in Red is the greatest Christmas album of the last 33 years. Why 33 years? Well, 33 years ago, this was released:

Enough said. With some notable exceptions, the majority of Christmas music was written before “Last Christmas” came out. So, for the most part, it was an even playing field for everyone who released a Christmas album afterwards, unless they felt like experimenting and releasing a new song. Some of these new songs worked. Most don’t. So, in the interest of creating the biggest pool from which to draw inspiration, only albums released after 1984 should be considered for the true connoisseur. Sure, there are some high quality pre-Wham! Christmas albums, but if half the songs you know and love haven’t even been written yet, what’s the point? I’d feel like I was cheating you, Christmas music neophyte, if I suggested a Johnny Mathis album that didn’t have a cover of “Santa Baby” included. Feel free to listen and enjoy, but some of the older albums have a much purer, more concentrated Christmas feel to them. Most of the time, only the more seasoned Christmas music listeners can handle the hopeful, more innocent, less cynical sounds of Bing Crosby and the like. We all know better than to feel optimistic about stuff these days, right? Every day was sunshine and rainbows for the folks in the 50s, and their Christmas music reflects that. So, modern=better.

I know what you’re thinking. “There must be a million Christmas albums released since 1984. What makes Kelly Clarkson’s the best?” Well, I’ll get to that shortly, but first I need to give out some honorable mentions, because there’s a lot of good Christmas albums out there. Two things to remember: 1. This is albums, not songs. I’m sorry I didn’t touch on your favorite song even though it’s really popular. That just means the rest of the album stunk. 2. This is non-religious only. There’s some hot, hot religious-only albums out there, but I figured I’d stick with the mainstream, mall soundtrack fare (for posterity’s sake, my top five religious Christmas songs: 1. O Holy Night 2. Oh Come, All Ye Faithful 3. Hark! The Herald Angels Sing 4. Angels We Have Heard On High 5. The First Noel). Most Christmas albums worth their salt have at least one religious song, anyway, so the singer can show off their range. It goes without saying, but if you like “Dominick the Donkey,” “I Want a Hippopotamus for Christmas,” “I Saw Mommy Kissing Santa Claus,” or “Do They Know It’s Christmas” you should be euthanized.

Need to give a shoutout to Mariah for the unquestioned GOAT secular Christmas song. “All I Want for Christmas is You” is somehow both the most overplayed song of all time and the one song in the world that never gets old. It’s a musical triumph. I’ll be totally honest, I’ve never listened to the rest of the album, so it could either be horrible or I could have picked the wrong album to base this whole post around. I’m gonna assume it’s just okay outside AIWFCIY, so I think it’s fine putting it here. 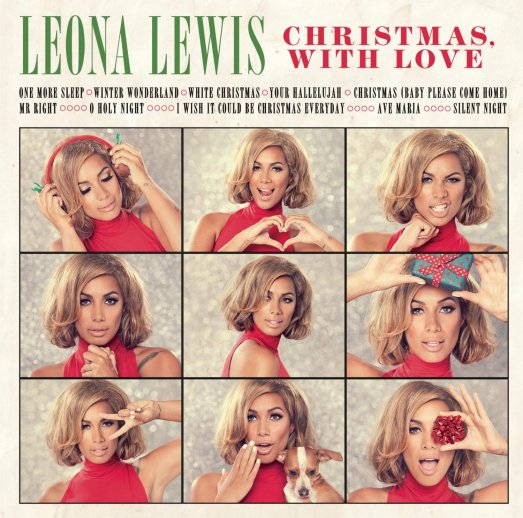 Man, I thought Leona Lewis had next in 2007. She’s got some serious pipes and I have no idea why she’s not the biggest star in the world now. Oh, well, at least she released a great Christmas album. Three original songs seems like a little much when two of them aren’t great (“One More Sleep” is my jam), but the rest of it is pure heat to warm up even the coldest of winter nights.

If you don’t like “Merry Christmas, Happy Holidays” you can go ahead and stop reading this right now. 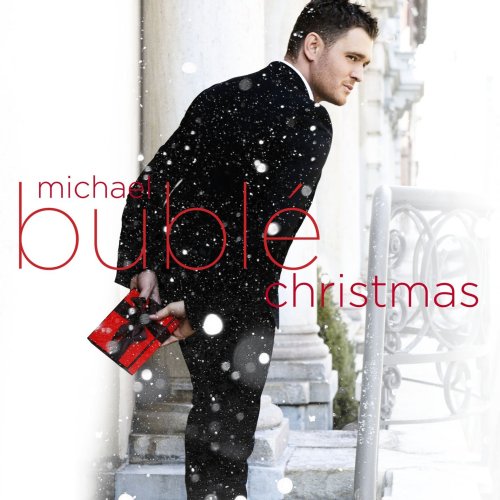 I wouldn’t be able to live with myself if I didn’t mention the unofficial voice of Christmas, Michael Bublé. Somehow he only has one Christmas album despite the fact that you can find a Bublé cover of essentially every Christmas song ever made somewhere online. Pretty sure 90% of the Bub-god’s salary is made in late-November and December, and for good reason. This is a classy album that perfectly serves as inoffensive background music, but definitely lacks the kind of spiciness other albums have. 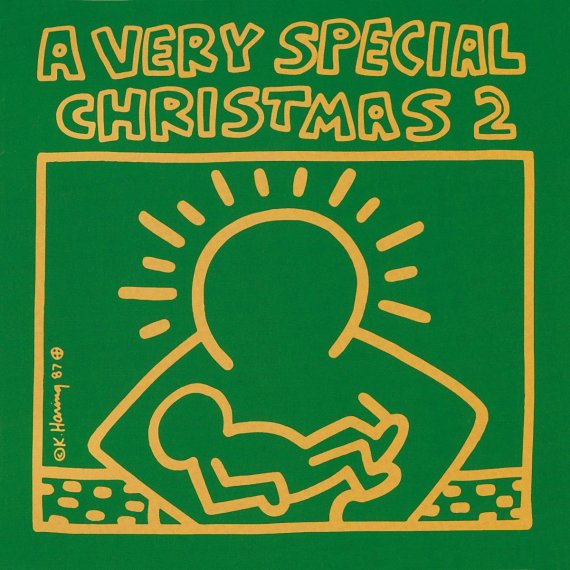 Michael Bolton- This is the Time

Michael Bolton is a god who came to Earth to give soulful, sultry ballads to the masses. 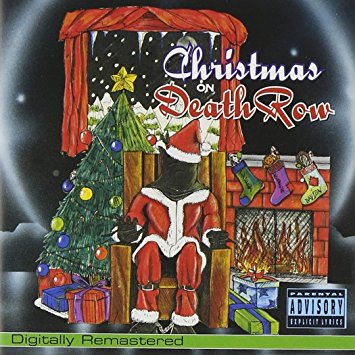 Just the album cover alone gets this a mention.

Alright, enough of the also-rans. Let’s get to the reason you’re here: Kelly Clarkson Wrapped in Red. What sets it apart? Why is it so great? Well, for starters, it’s a prime time name. Wrapped in Red just screams Christmas. It’s a miracle it hadn’t been taken before 2013. Next, the album cover is perfect (see top of page): simple, elegant, festive. That’s all you need. The back cover brings it too:

Before purchasing this Christmas album, I wasn’t really in the spirit of things, but now that I’ve seen this picture of Kelly Clarkson playfully blowing snow in my face, I’m definitely ready for Santa to come down my chimney! But what really matters is the music, and folks, it doesn’t disappoint. Full disclosure: I’m a huge Kelly Clarkson fan and am almost definitely overrating this album, but I trust my own objectivity to know good music when I hear it. And there’s a lot of good music here. The title song isn’t great, which, admittedly, kind of throws a wrench in things, but it quickly picks up. “Underneath the Tree” is criminally underrated. Sure, it’s only four years old, but it has to be put in the same category as the modern classics.

So good. Then, if your spirits are riding too high, you can slow things down with another good original, “Winter Dreams.”

Just makes me want to cuddle up with that special someone (theoretically, of course). I like my Christmas songs to either get my toes tappin’ or to be slow and a little melancholy-but-not-really-since-everything’s-happy-during-Christmas. Wrapped in Red does that throughout. When it comes to covering the classics, it’s really just about song selection. At this level, everyone can sing, so as long as you just pick good songs and don’t try to “make them your own” (see: Christina Aguilera “O Holy Night”) you should be good. “White Christmas,” “Silent Night,” Have Yourself a Merry Little Christmas,” “I’ll Be Home for Christmas,” and “Oh Come, Oh Come Emmanuel” are all elite Christmas songs. Kelly Clarkson could smoke a hundred packs a day, never sleep, and drink a gallon of coffee a day for the next year and still have a dominant voice, so when she gets ahold of your favorite Christmas hits good things happen. No, not every song is perfect. But the bad songs are like 6s or 7s out of 10. Still decent, and it just makes the great ones stand out more. I think I’ve made a pretty convincing argument, but if you still don’t believe me, go and sit by your Christmas tree. I don’t care what you do. Read, watch TV, just look at your phone, whatever. Just as long you put this album on. If the combination of Kelly Clarkson and Christmas trees doesn’t get you in the most festive mood you’ve ever been in, you’re a bigger grinch than the Grinch himself. Wrapped in Red is the perfect Christmas album. Kelly Clarkson: GOAT of American Idol, and now, GOAT of Winter.

One thought on “Unpopular Opinion: Kelly Clarkson’s Wrapped in Red is the Best Christmas Album of the Last 33 Years”