Folks, it’s almost Christmas. Less than a week, in fact. That means only one thing: it’s time to talk Christmas music again. If you remember Last Christmas, you know I laid out the case for Kelly Clarkson’s Wrapped in Red as the best Christmas album of the last 33 years and included some other modern classics. This year I thought I’d take the logical next step and create the Christmas Album Hall of Fame.

What is the Christmas Album Hall of Fame, you ask? Well, if you’re familiar with the concept of halls of fame, it’s that. It’s just a place where the best of the best are enshrined for eternity. Where is it? Why, it’s where all music lives, silly. In your heart. Also the physical location is in Massapequa, New York. The real estate was cheap, there.

Anyway, without further ado, I present the inaugural class in the Christmas Album Hall of Fame. There aren’t any specific qualifications, per se. It’s album sales, its’s cultural impact, it’s general quality. It’s kind of when you know, you know. And luckily for you, I know good Christmas albums. It’s what got me onto the selection committee, in the first place.

Much like in sports halls of fame, the Veteran’s Committee exists to recognize the titans of years gone by. The names that may have been forgotten by the modern game, but whose importance and trailblazing cannot be overstated. In other words, it’s just old stuff.

As the highest selling Christmas album of all time, Elvis probably would have made the Hall without the help of the Veteran’s Committee, but why leave it up to chance? Feel like we don’t talk enough about Elvis anymore. Guy was a legend. Used to make sandwiches out of whole loaves of bread and was always strapped. Sounds like someone who lived his life in the spirit of Christmas. 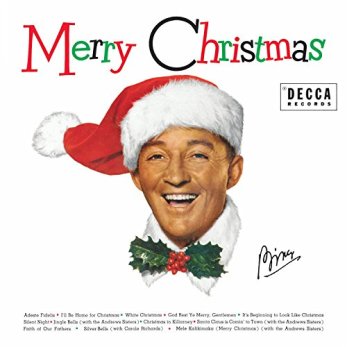 The ultimate one-trick-pony. Did Bing Crosby every do anything besides White Christmas? I’ll never know. But did he really need to? When you’ve got the hottest grainy audio of all time, I think one pitch is all you need. I can practically smell this album, and if you don’t know what I mean by that then you don’t have white grandparents.

A staple of this man’s car rides to said grandmother’s house for Christmas, Johnny Mathis snags the final Veteran’s Committee spot. Many people were looking for Frank Sinatra to be the Veteran’s Committee’s third selection, but a shocking eleventh hour change in the voting propelled J-Math to the top. Can you really blame them, though? No one sounds more like snow and hot chocolate.

I think I’ve gone into this enough.

Céline Dion- These Are Special Times

You knew the queen was getting in first ballot. If Wrapped in Red is the best Christmas album since “Last Christmas,” These Are Special Times is the second best. It’s a little bloated, which is just about the only negative. So many absolute bangers and powerhouse performances (what a surprise). It’s heavy on the religious songs, but if you’re against that you’re not a true Christmas music fan. 90% of this album is pure heat, and since there’s about 100 songs that’s a pretty good ratio. I mean, a song with Céline AND Andrea Bocelli? Someone pinch me, because I must be dreaming.

Impossible to pick just one, but for the end note alone-

Listen, the guy’s the King of Christmas for a reason. Fire voice, fire album. Pure, uncut Christmas spirit. No one has ever paired their music to the retail consumer experience better.

Eli Manning is going to be a first ballot Hall of Famer. The same logic applies here. Not a ton of highs, but man. Were those highs the highest highs ever.

Josh Groban is so underrated. We as a society have kind of forgotten about him, and that’s a travesty. He’s got one of the best *Googles* tenor and/or baritone voices of the modern era. You’re really gonna sit there and tell me you didn’t blast “You Raise Me Up” nonstop when it came out? Because I don’t believe that. Not for a second. Anyway, Noël is a real gem of a Christmas album. Banger after banger after banger. And the features? Faith Hill, Brian McKnight, and the Mormon Tabernacle Choir? Be still my beating heart. Like Céline’s it’s got a lot of religious songs, but I can only take so much “Santa Baby” before I need some piety in my life.

or from the deluxe edition re-release 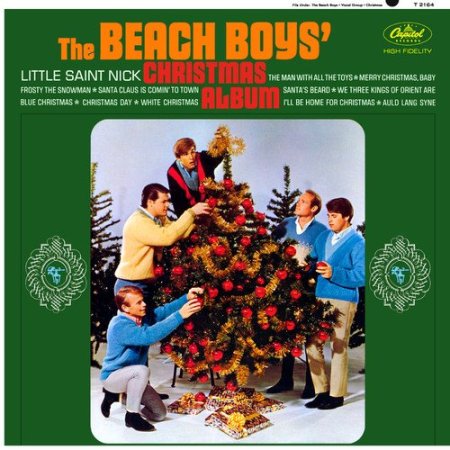 You may think this would fall under the Veteran’s Committee’s jurisdiction, but it was already penciled in for induction before the V.C. had their vote. The Beach Boys are kind of weird in that normal people don’t care about them at all but music hipsters can talk for hours about how genius they are and criticize you for only knowing their early stuff. Anyway, this is a fire album. Always nice to insert a little energy into a genre that can be pretty heavy most of the time. Definitely one of the most influential Christmas albums of all time, too. According to my research (off the top of my head) it’s the first time an artist experimented with classics and put their own spin on well known hits. It’s ubiquitous now, but someone had to be the first to do it. Also people forget Mike Love is Kevin Love’s uncle.

That’s it for the first ever inductees to the Christmas Album Hall of Fame. Did your favorite not make the cut? Too bad. This is the first ever class, not everyone can get in. Maybe next year Michael Bolton will get in (spoiler alert: he will). Don’t forget to stop in the next time you’re in Massapequa. Admission’s dirt cheap. I also get a tax break if the Hall brings enough people into the city, so keep that in mind.

One thought on “Introducing the Christmas Album Hall of Fame”