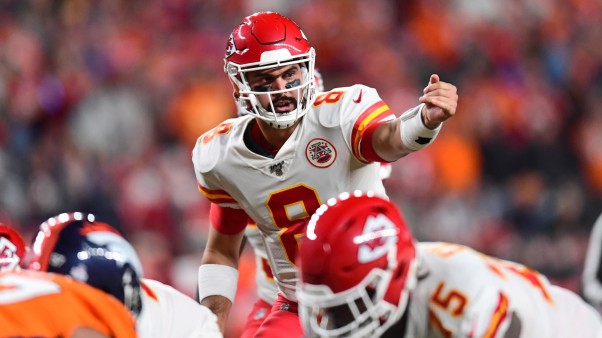 Well, this kind of puts a damper on the season, huh? Pat Mahomes, the most electric QB…….ever? goes down. Knee injury. As of now, it’s unknown how much time he’ll miss, but my bet is he comes back too soon and is never 100% again this season. Sucks for the Chiefs, but more than that, it sucks for me. Because now when the Pats beat the Chiefs in the playoffs for the second consecutive year, I’ll have to hear about how it was because Mahomes was hurt and that the million-time Super Bowl champion Patriots would have no answer for a player who’s never beaten them. It’s gonna be really annoying, trust me. Yeah, we all lost a bunch of sweet highlights and some crazy stats, but the Patriot fans have it worst, as always, because this is just another way to discount success. When will we get a break?

Doesn’t seem right that it’s already week 7. It just started getting colder outside, it should be week 4. Thanks a lot, climate change. You’ve  made football season seem shorter. SMH. All lines from Bovada.

I can’t wrap my mind around this Raiders season. They should be bad. They go through stretches where they are bad. They look bad. They’re 3-2. I don’t understand it. It feels like a house of cards that’s waiting to collapse. It should start this week. Always pick against a west team coming east(ish) for a 1:00 game. Side note because I’ll gonna see if I can force the Patriots into every pick this week- if the Pats were gifted the preposterous calls the Packers got against the Lions in one of the most dubiously officiated NFL games I can remember, there would be literal riots in the streets.

Slight addendum to the rule I said two seconds ago- always pick against a west team coming east for a 1:00 game unless that east team is the fourth-worst team in NFL history. Jimmy G won two rings with the Patriots, people forget.

See previous rule. What’s going on with the schedule this week? The west coast brahs’ sleeping schedules are all thrown off. I will refrain from shoehorning the Patriots in here for obvious reasons.

Lions are gonna be out for revenge against the mafiosos in the NFL office, and beating the shit out of Kirk Cousins is the perfect medicine. There’s a 0% chance the Vikings line can stand up to the Lions. Cousins has had two consecutive good games. Three is a little much to ask if you ask me. This could be the biggest win Matt Patricia’s experienced since he won three Super Bowls as part of the Patriots coaching staff.

These are two teams the Patriots have rendered irrelevant by repeatedly demolishing them when the games matter most, and one of these two is going to win the AFC South. The Texans are in the middle of their standard week 5-11 hot streak and the Colts have looked up and down, so the smart money is probably on the Texans. But because I’m feeling a lot of Patriots mojo this week, I’ll pick the Colts. Jacoby Brissett won a ring with the Pats, you know. Bill O’Brien surrendered his “former Patriot” bump when he yelled at Tom Brady that one time.

Did… did the Patriots kill the Rams? I think they did. I mean, what the hell have they been doing lately? They went from having the best cap situation in the league to one of the worst in the blink of an eye. How many times can you go all-in? When Jalen Ramsey leaves after this season are you really going to be happy with your 7 wins and no first-round picks until the next next presidential election? Are you really happy with Jared Goff for another 4 years, $134 million? Yikes. You had to extend Gurley, but that’s a rough situation. Are they- are they happy with Sean McVay? Not saying it, but just saying. Belichick shattered his brain. And now they’re facing another team the Patriots murdered dead with their season on the line. Will they turn it around? Refer to the first rule, regardless of how hopeless it seems.

It pains me to say it, but I think the writing’s on the wall for Minshew Mania. I know, I know. It sucks, but I’m afraid he might, too. I mean, he’s a sixth-round pick! When has a sixth-round pick ever succeeded at QB? It’s never happened. Imagine thinking a sixth-round QB could win a Super Bowl, or even multiple? It would destroy the way the league looks at quarterback talent in the draft. It’s too far-fetched to even imagine. Not quite as far-fetched as thinking the Bengals will win a game this season, though.

What’s up with the difference in quality between the various Nestle bottled waters? Poland Springs, the GOAT bottled water, is a Nestle brand, but so is Arrowhead, a notoriously bad regional bottled water on the west coast. We have Deer Park here in New York, and Deer Park STINKS. The same stores often sell Poland Springs, Deer Park, and Nestle Pure Life (which is perfectly fine). How can there be such a variance in water? It’s just water. It makes no sense, Jeff Van Gundy. None at all.

If I didn’t think the Ravens actually stunk I’d say this was the best game of the week, but I think the Ravens actually stink. Their offense doesn’t stink, but their defense does. I have no idea if Lamar will have the ball at all this game. The Seahawks will just bleed the clock dry for 60 minutes before scoring a late TD by running the ball in from a yard out. Which is something they didn’t do when they lost to the Patriots in the Super Bowl.

I hope you like defense. That’s the only analysis. Not gonna be much else, here. The best connection to the Pats this game has that I can think of is that the Pats scored 51 against the Bears a couple years ago. Maybe they’d have some history with the Saints, but, you know…

Puke. I’ll skip this one, too.

I have an announcement: in an effort to make my never-ending search for a mate even more difficult than it already is, I’ve gotten back into Magic: the Gathering. Believe me, I didn’t want to. I was briefly into it about three years ago and fell out of it, but this new Magic set dragged me back in against my will. I am now the internet’s premier MTG/NFL expert and would like to be referred to as such. My long-form blog on what colors I think various NFL figures would play is coming shortly. I don’t need to bring the Patriots into this game because the Patriots are participating in this football match, and are going to win by many.