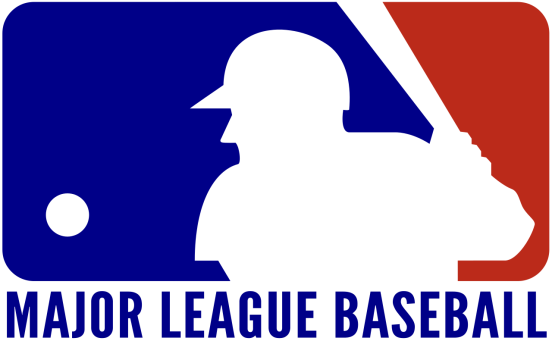 After a long offseason, baseball is finally back on the horizon. There’s officially only six weeks until Opening Day. There’s also six divisions. So, every Sunday I’ll go through a different division. We’ll look at their projected win totals (taken from the Atlantis Casino Resort), key additions and departures, new jerseys, and anything else that might affect a team’s season. Let’s start with the only division that actually matters, the AL East.

Where to start with my beloved Red Sox? Has to be the blockbuster trade for reliever Tyler Thornberg. Shoring up a secretly not-that-bad bullpen pushes them over the top as American League favorites. Oh yeah, they got Chris Sale, too. How could I forget? This team was the best team in the American League last season by virtually any statistic. Best offense in the majors by runs scored, on base percentage, slugging percentage, and extra base hits. They have Mookie Betts, the best mortal baseball player in the league last season, poised for another MVP-caliber season. I can never keep track of what qualifies as an MLB rookie, but if Andrew Benintendi still counts as a rookie, pencil him in for Rookie of the Year. If Dustin Pedroia stays healthy and they can get full seasons of production from Jackie Bradley, Jr. and Xander Bogaerts, the offense should be the best in league again. Of course, the elephant in the room is the retirement of David Ortiz coming off one of his best ever seasons. Free agent signing Mitch Moreland won’t replace his bat, and he shouldn’t be expected to, but does provide a solid left handed hitter, something this lineup doesn’t have a lot of. If Hanley Ramirez stays healthy/motivated/sane he’ll produce just as much as last season. If Pablo Sandoval’s commitment to diet and exercise raises even one step above mine, it’ll be a massive upgrade over the uninspired (to put it kindly) effort he’s put in since signing his massive contract.

The pitching is a lot better than you think. They finished in the top ten in the majors in ERA and strikeouts, but it goes deeper than that. They ranked 10th in Fielding Independent Pitching. 6th in ERA+, which adjusts for ballparks. The bullpen was tied for 2nd in the majors in ERA+. This is a good staff. Obviously they have the reigning Cy Young award winner Rick Porcello, but to expect that again would be foolish considering his track record. David Price got killed all year, but he really wasn’t that bad. People forget that Steven Wright was an All Star. And now you’re adding Chris Sale and Tyler Thornberg? To a team that, according to Baseball Porspectus’ win expectancy formula was actually unlucky to only win 93 games last year? Guess I don’t even really get to enjoy the Patriots’ Super Bowl because I’m gonna have to go right back celebrating a championship.

Everyone’s favorite group of crybabies is coming off a less than ideal offseason that saw them lose one of the biggest power threats in the league and begrudgingly bring back another one. Pretty much all the hype is gone from this team despite an appearance in the ALCS. After setting the world on fire in the second half of 2015, the Blue Jays scored over 100 fewer runs last season, despite excellent seasons from Edwin Encarnacion (now with the Indians) and Josh Donaldson. They finished outside the top 10 in slugging. Listen, the offense was still great, but they weren’t the force of nature they were, and now they don’t have one of their key players. Troy Tulowitzki has been a huge disappointment since the trade two years ago. They had a solid defense, but it was largely propped up by the excellence of Kevin Pillar in centerfield.

Their starting pitching was outstanding, but the bullpen was bottom half of the league in ERA+ and WAR, and they lost a couple of important pieces with Brett Cecil and Joaquin Benoit. They picked up some random relievers, but who knows if they’ll be able to help this flaccid unit. Take a look at the Jays’ starting rotation. Are you expecting all of them to have career seasons again? I’m not.

Pretty much every year, people predict doom for the Orioles. I don’t really see any reason to change that. Maybe I’m a hater, but I just don’t think this team is that good. The offense is very one note. Granted, that note is a crashing crescendo, but still. They led the league in home runs, but bottom 10 strikeout and walk rates led, in turn, to a bottom 10 on base percentage. No team scored a higher percentage of their runs via the long ball than the O’s, and those kind of wells typically dry up sooner rather than later, especially when the leader of the charge is 31-year-old Mark Trumbo, whose previous career high in home runs was 34 before last season’s 47 (makes you think….). Now, they still have Manny Machado, who is an absolute superstar and still getting better. But everyone else is either old, getting old, or at the tail end of their prime. Look for the lineup to take a step back this season, despite having the best helmets in the league.

The pitching is a tale of two cities. The bullpen is one of the two or three best in the American League, led by Zach Britton, who had a fairly legitimate case for Cy Young last year. The staters, on the other hand, stink. Bottom half (or worse) in the league in pretty much every category. In a head scratching move, they gave away Yovani Gallardo, who, for years, was a good starter but had his worst season last year, for virtually nothing. They’re starving for quality starters and threw one out for peanuts. They still have Ubaldo Jimenez in their rotation, for crying out loud. Does that scream playoff team to you?

Burning Question: If they somehow win the World Series, does their steroid guy get a ring?

As much as it pains me to say it, I actually kind of like the moves have been making lately. The trades they made at the end of last season got them some stud prospects, and their offseason signings (at least for position players) are all low risk, high reward. I love Chris Carter in Yankee Stadium. Sure, he’ll manage to strikeout 200 times in the like 350 at bats he’ll get, but he’ll put 35 over the wall. Now, what was the point of getting both Matt Holiday and Carter if they plan on using them both as DH? I don’t really know, but it’s a nice throwback to when the Yankees were good and acquired every free agent available.

It’s been a rough few years for the Bombers, but I think it’ll start to turn around this season, mostly because (for their standards) it can’t get much worse. This team was just so average last year. The defense was mediocre. No Yankees team should ever finish 19th in home runs and 22nd in runs scored. This year promises to offer one of the rarest sights in sports: a young Yankees lineup. Greg Bird is back from injury, and he, along with Aaron Judge and rookie sensation Gary Sanchez, should help lift the lifeless lineup and get John Sterling yodeling with joy once again.

Last year’s pitching was pretty much as advertised: middle of the road starting pitching and a powerhouse bullpen. In the ultimate Yankees move, they traded Aroldis Chapman for a king’s ransom last year, then turned around and promptly overpaid him as soon as possible in the offseason. And, in a startling display of ignorance and hypocrisy, they refused to pay star set up man Dellin Betances because he’s not a “top closer.” Did they not watch the playoffs last year? Titles like “closer” and “set up man” mean less and less. Betances is a dominant pitcher and should be paid like one. Considering the money they just paid Chapman, it doesn’t make a ton of sense to ignore the great, homegrown reliever who is more than likely out the door after this season.

Burning Question: Will Gary Sanchez get a plaque in monument park before or after the season?

If it weren’t for the Padres, the Rays would easily be the most boring team in baseball. There’s just no sizzle here. I love Kevin Kiermaier with all my heart, but centerfield defense doesn’t usually get everyone else going. Chris Archer is exciting, but he’s secretly not really that good. What else does this team have? Some guys that can get hot for a few weeks then get ice cold right after? Sounds like a winning formula. They randomly finished 6th in the league in homers, but 24th in runs. How does that happen? Leading the American League in strikeout rate is usually a good start. The pitching and defense aren’t particularly good (besides Kiermaier, of course). They’re just a lousy team. Probably the worst in the American League. After that run of success, it’s good to have the Rays back where they belong.

Burning Question: Who will Chris Archer throw at now that David Ortiz is retired

Bold Prediction: Someone finally dies after getting hit by a falling piece of the catwalk in Tropicana Field