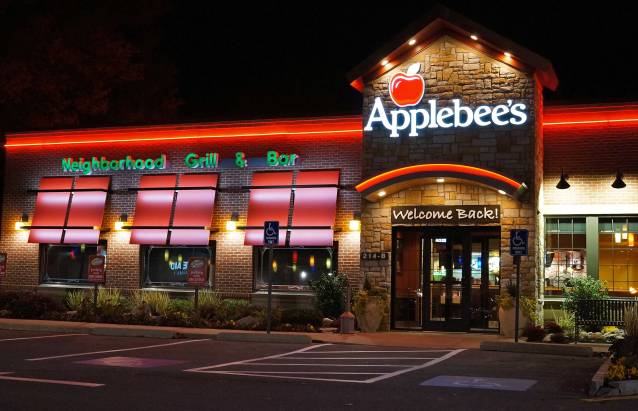 Some of you may remember I recently declared that I was about to save Applebee’s. That by testing the limits of their All You Can Eat Chicken Tenders I would create enough buzz to bring the casual dining chain back from the brink of millennial-fueled extinction. I am sad to report Applebee’s has spit in my face and told me they would not like my help.

I said I would go last week to film a video. Hand up, that’s on me. Life got in the way (I really just didn’t feel like it, but if you just say life got in the way no one ever questions it) and I couldn’t Eat Good in My Neighborhood. But I had today circled on my calendar. I was going to get a haircut (I finally found my New York City person. Very difficult thing for white people) and head on down to ‘bee’s for as much chicken as I could shovel into my gullet. It was a nice day I had planned out for myself. Only thing is, when I get to Applebee’s, they tell me they’re no longer doing All You Can Eat Chicken. I couldn’t believe it. I was stunned. Floored, even. You’ve never seen someone leave a restaurant as fast as I left that Applebee’s.

People may think I’m mad. I’m not mad, I’m just disappointed. Does it suck that I lost a good video that would have gotten   dozens of views? Yeah, it does. But I’m not disappointed for my sake. My brand will survive this. Applebee’s won’t. I don’t know if they were worried they couldn’t stock enough chicken to appease me or just have a long-standing grudge against the Brian’s Den, but for whatever reason they decided they wouldn’t allow me to save them. As I said in the first post, I grew up on Applebee’s. Spent many a night at the Rutland, Vermont location. It was the closest thing we had to big city living. Knowing that, theoretically, someone in L.A. or Texas or New York could be having the same meal as I was eating opened my eyes to just how small our country really is. And it’s sad to see them like this. They’re dying. Everyone can see they need help. And yet, they’re too proud to grab the hand being held out to them. To see that a popular social media influencer has interest in doing a video at one of your restaurants and have your reaction be removing the promotion that drew him in is classic self-destructive behavior. I tried to help once, and Applebee’s turned me away. If they want to go down in flames, I won’t stop them. At some point, some people just refuse to be helped. I’m just sad it had to end this way. Rest in peace, Applebee’s. Coach Taylor and I will never forget you.